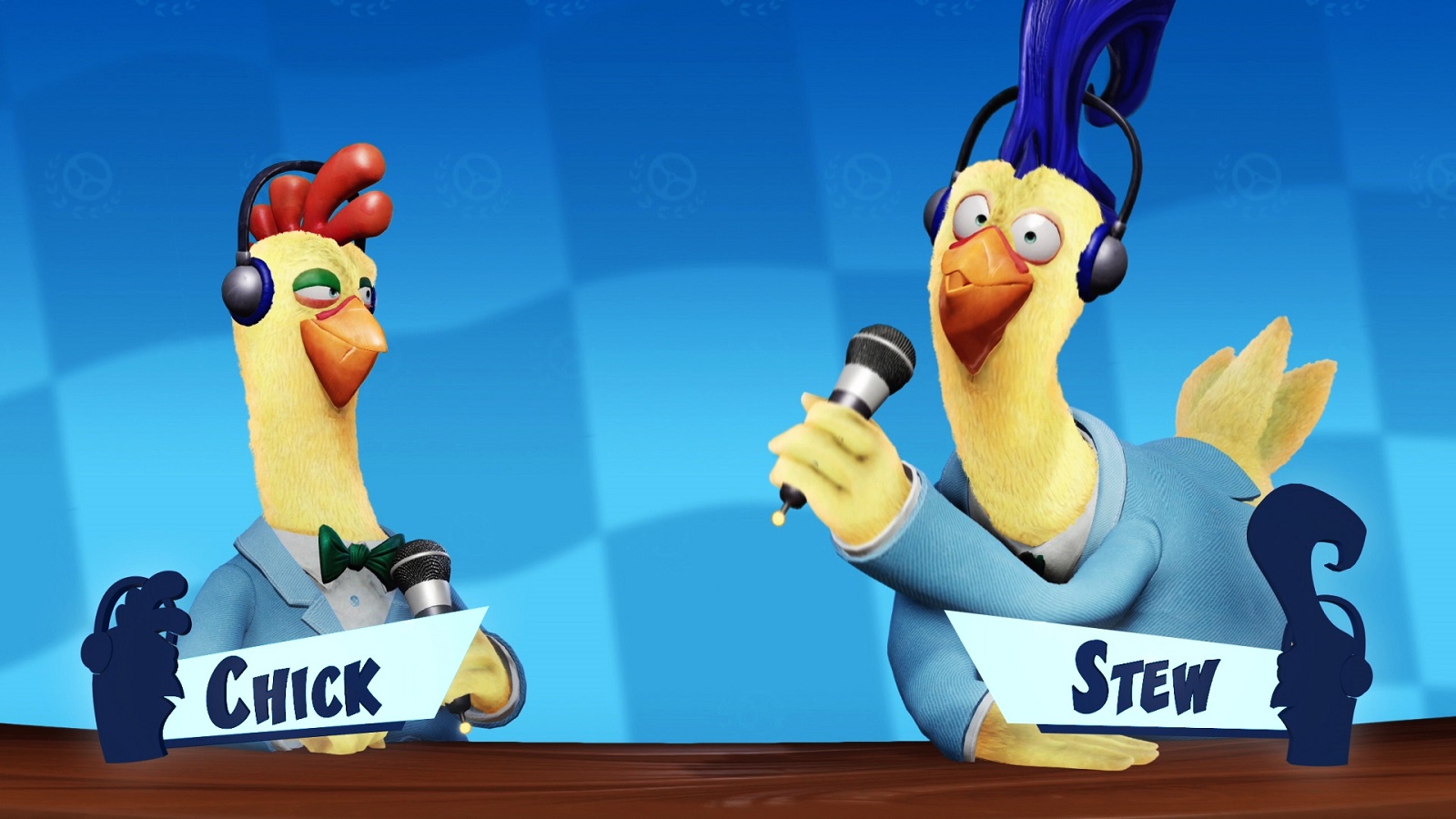 Today, Activision Blizzard and Beenox announced that it will be releasing free post-launch content for all purchasers of Rash Team Racing Nitro-Fueled, which will be available for the PlayStation 4, Xbox One, and Nintendo Switch on June 21. The game’s first season Grand Prix will take place on July 3, with an appearance from Spyro in a later season.

Today, in a first-look of CTR TV, hosts Chick and Stew revealed all the fun awaiting players in the Grand Prix. They also revealed that fans will get a brand-new track with each Grand Prix. The first track is called Twilight Tour, which takes players on an epic journey by day and night through the middle east. That’s not all, Chick and Stew also spilled the news that Tawna will in fact be coming to the CTR universe, as an earnable character in the first Grand Prix. There will be new items and characters dropped into the game’s Pit Stop rotation each Grand Prix, including members of the Nitro Squad in the first season (formerly known as the Trophy Girls). These racers come from regions around the world and are ready to represent their countries with speed and strength! Chick and Stew also let fans know about the content they can expect in the two following Grand Prix Seasons, including the most anticipated event of the century…Spyro’s induction to CTR! 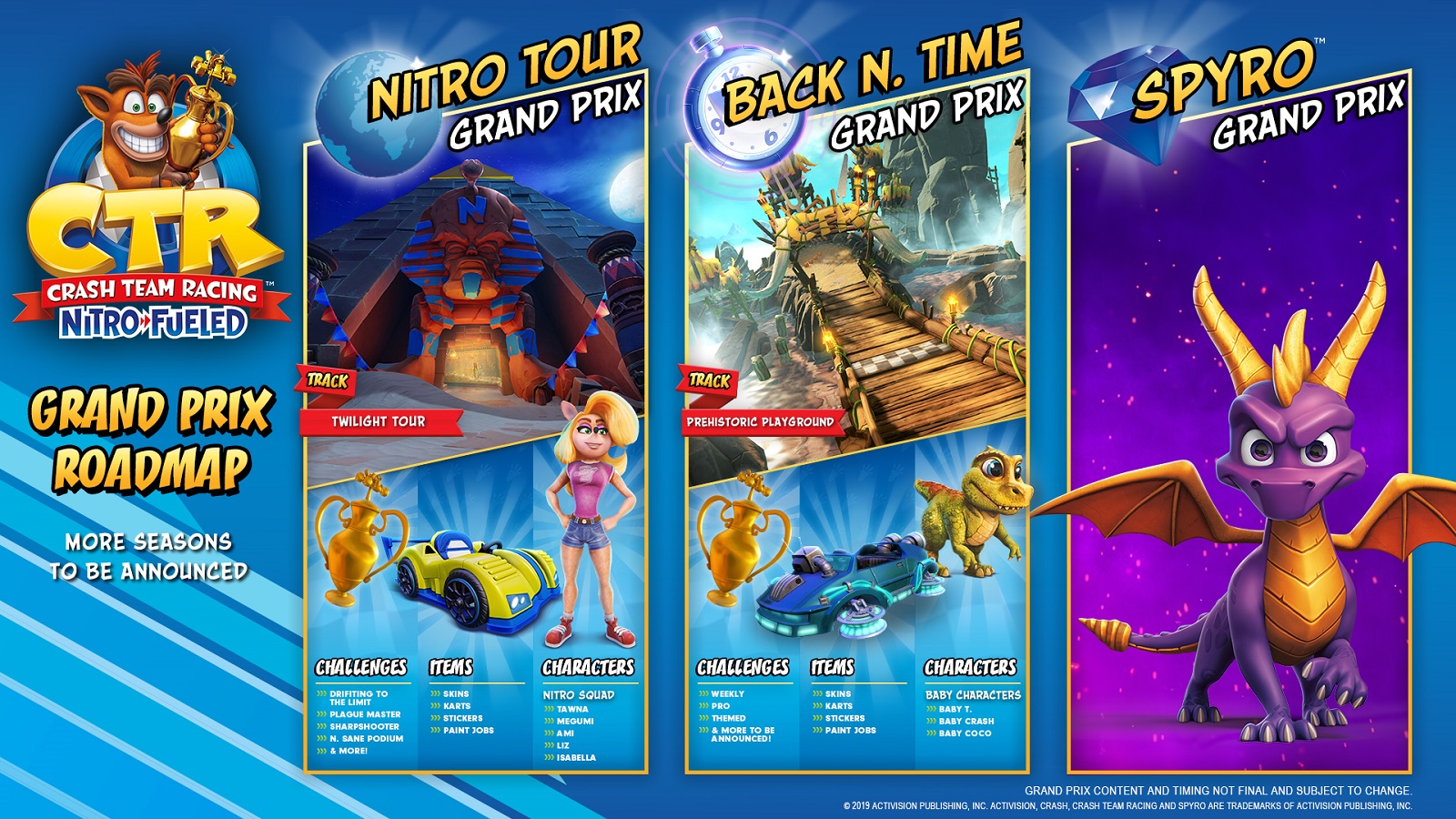 Additionally, in the South Lobby of the Los Angeles Convention Center at E3 (June 11-13), show attendees can test drive Crash Team Racing Nitro-Fueled. Passersby will be among the first in the world to race on remastered Crash Team Racing tracks: Tiny’s Arena and Hot Air Skyway and reimagined Crash™ Nitro Kart tracks: Jungle Boogie and Thunderstruck.

“Crash Team Racing Nitro-Fueled was designed to deliver fun in unexpected and exciting ways. The Grand Prix does that by giving players a reason to fall in love with the game over and over again,” said Thomas Wilson, Co-Studio Head at Beenox. “Crash Team Racing was an iconic game in the ‘90s that influenced how gamers played kart racer games, and we’re thrilled to continue that tradition with Crash Team Racing Nitro-Fueled by introducing new content to players in ways they haven’t imagined yet— the race definitely isn’t over once you cross the finish line.” 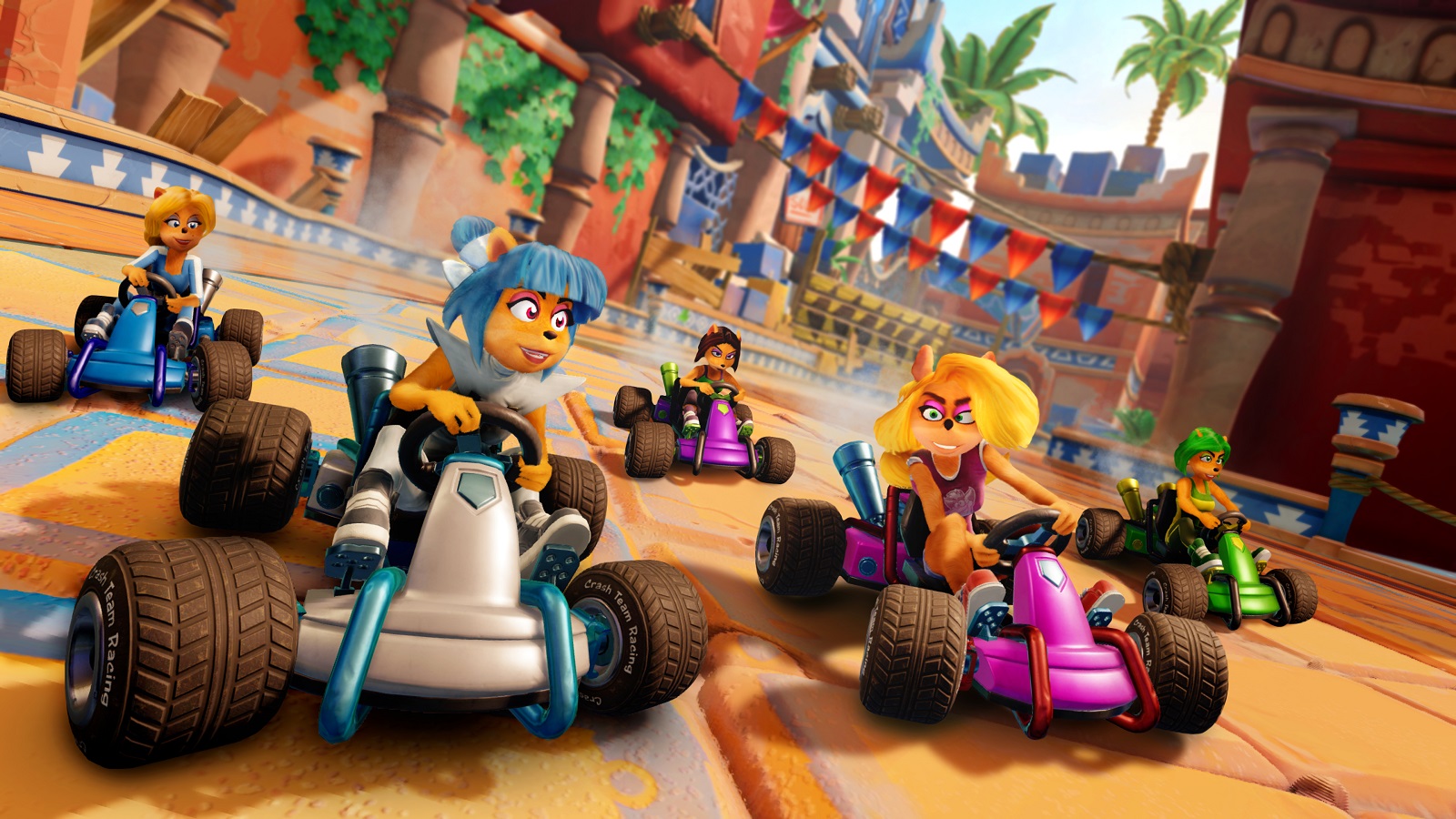 Crash Team Racing Nitro-Fueled features all the remastered tracks, characters and modes from the original CTR game, and all the reimagined tracks from the original CNK game — all playable in stunning HD! In addition to this, with the in-game Pit Stop and the Grand Prix seasons, players will be able to race with their earned karts and characters from CNK, as well as content inspired by Crash Tag Team Racing to get the best of the Crash racing universe! Get ready to trick out your ride, complete N. sane battles, get lost in the adventure mode, and race against your friends or frenemies in online multiplayer and more.

Check out the video above, and stay tuned for more news here on Gaming Trend.