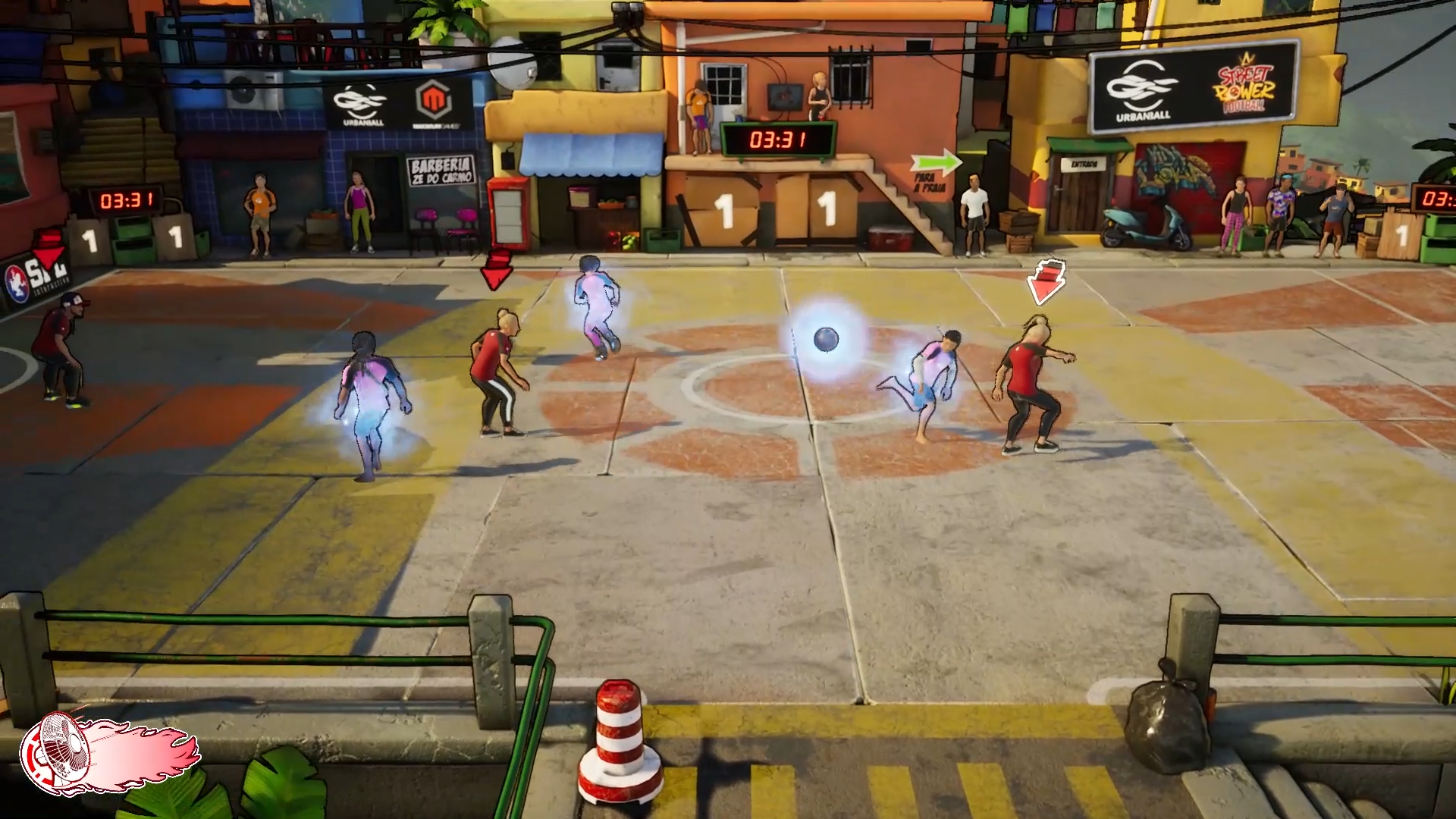 Everyone knows about soccer, or football in you’re outside the U.S., whether it be from the real life sport or from video games. Games like FIFA likely come to mind, but there’s a side to the sport that tends to get overlooked: street style. Street Power Soccer aims to bring the intricacy of street soccer to players while making sure to maintain its cultural importance. Even with everything going on, I got the chance to attend a virtual demo event for the game, which highlighted how much has been packed into this one game. I unfortunately didn’t get any hands-on time with the game, but I’ve been shown enough to where I can’t wait to try it out for myself.

Street Power Soccer features six different game modes, all with their own goals, control schemes, and overall feel to them. The developers stated that they wanted to encompass the various aspects of street soccer, which led to all of these modes being created. As I haven’t gotten to play them myself, I’ll keep my descriptions brief. We have Become King mode, Freestyle, Street Power, Trick Shot, Panna, and Elimination, with multiplayer versions for several of them as well. Become King mode is the game’s story mode, which you’re guided through by pro Sean Garnier. You’ll be tasked with completing various challenges in 14 locations around the globe in your quest to become street soccer king. They did mention that Become King mode will have around five hours or so of gameplay.

Freestyle mode is an interesting rhythm-like game where you perform tricks in order to get the most points within a time limit. Not only can you choose the music that plays in the background, but you can choose which tricks you want to perform. You can get risky and earn more points with style, or play it safe and consistently earn less points. With how some of these moves look, you’ll want to take your chances and try to show off. I was surprised to hear that games like Guitar Hero and Tony Hawk helped inspire how this mode works, but you can see where the influences peek through. 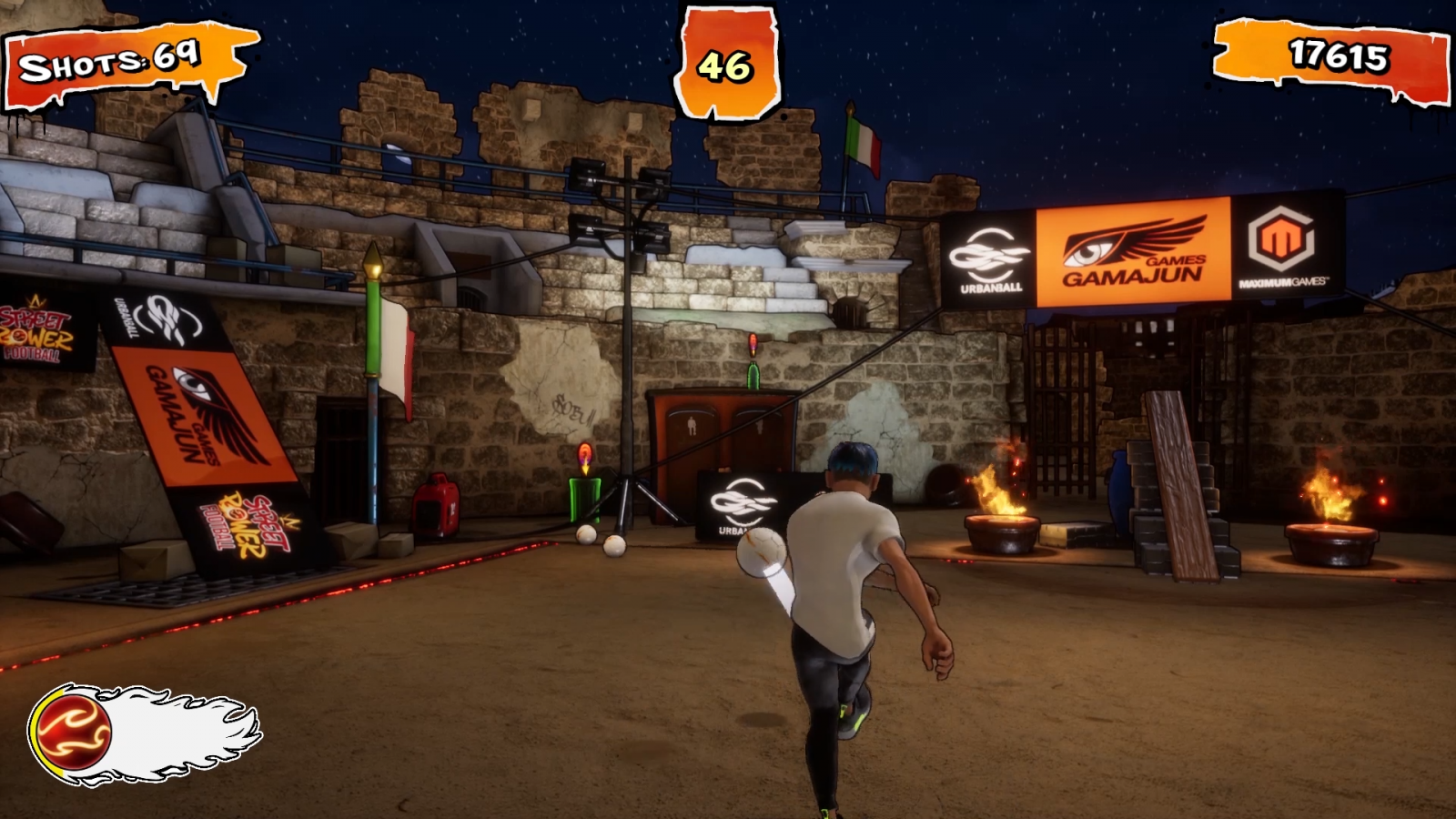 Street Power mode is a 3v3 match-up where you’ll test your skills and try to score on your opponents in typical street soccer fashion. In an entertaining twist, each player also has a power meter that lets you perform their unique super power when filled. This could be temporarily blocking the goal with a shield, kicking the ball with a charged shot, or even stomping the ground to stun nearby opponents. Keeping with the fast-paced gameplay, you’ll also need to perform tricks in order to build this power meter up; plus it helps keep your opponents on their toes. Oh, and best of all, the ball can never go out of bounds. No throw ins, no stopping the game to retrieve the ball, nothing.

Trick Shot is basically a target practice game that tests you on your aim and power control. You’ll have to consider the direction, the angle, and the power of your shots when hitting targets. Some are out in the open, while some are hidden, so you’ll need to keep your eyes peeled. The devs mentioned that there would be around three hours of gameplay for the average player, but the addition of weekly and monthly challenges will mix things up. By that I mean that they’ll be periodically changing the locations of each level’s targets in order to offer new takes on these levels.

Panna is a really fascinating mode because it’s all about humiliating your opponent by performing a nutmeg, which is kicking the ball through your opponent’s legs. In this mode you’ll be playing 1v1 matches with the first to five points being the winner. Performing a nutmeg grants you two points, while a goal only gives you one. Sure, you can win by only scoring goals, but where’s the fun in that? Finally, we have Elimination. This is another 1v1 mode where whoever scores a goal stays, while the loser must leave the court. It’s essentially your typical elimination type of game except it’s scoring goals instead of kills. 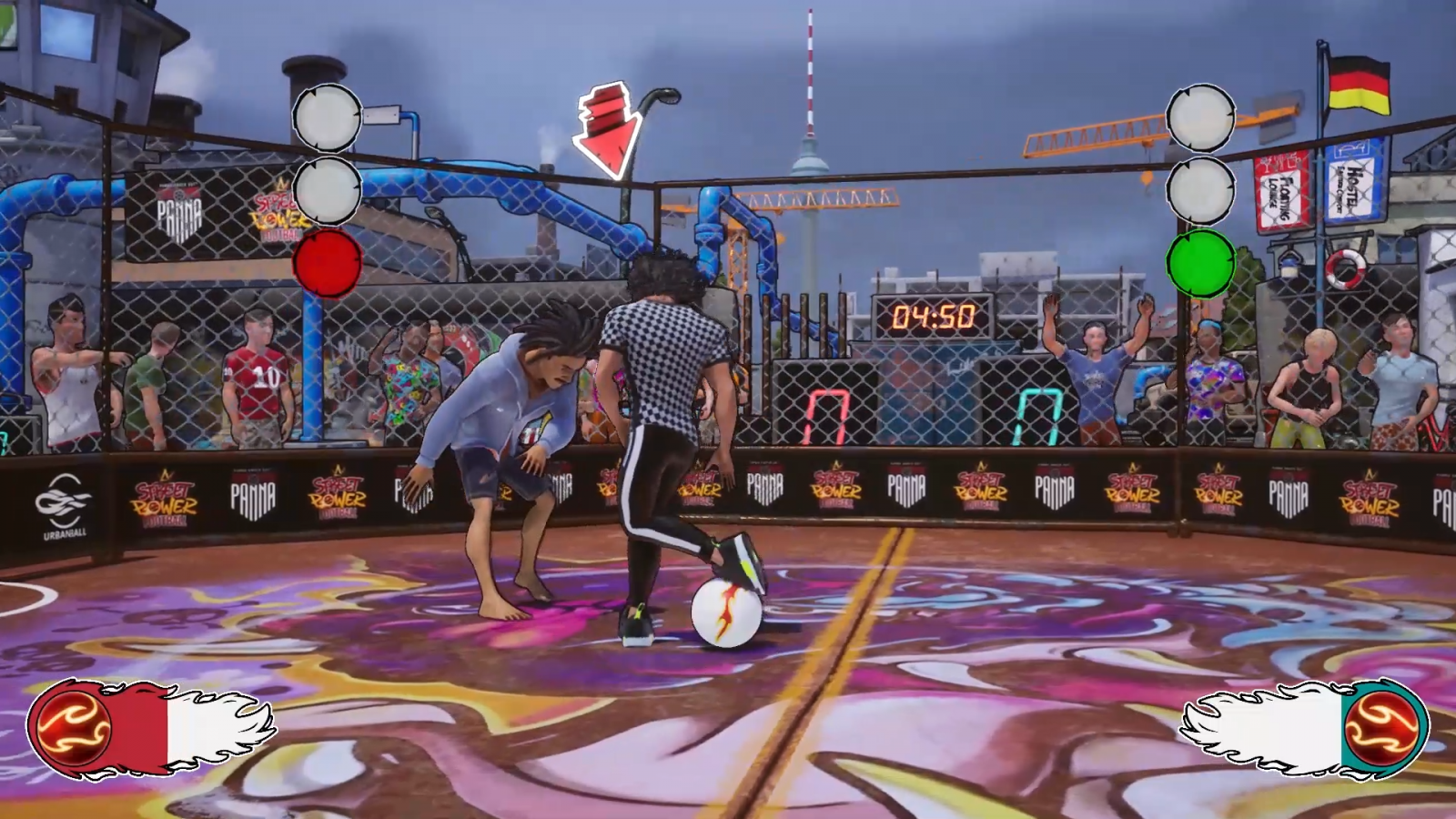 For those wanting to create their own character, you’ll be disappointed to hear that it’s not possible. Instead, you can earn in-game currency called Street Crowns in order to buy clothes and accessories to customize the pros already in the game. It makes sense why they’d do this, especially since the goal of Street Power Soccer is to celebrate street soccer and the talents players involved in it. Why push them to the side when you can show off the unique styles of players like Liv Cookie, Raquel Benetti, and Daniel Got Hits? Speaking of, they did mo-cap for everyone included, so that means we get genuine awe-inspiring moves from real life professionals. I couldn’t even imagine attempting most of these tricks that they pull off; they make it look so easy!

As of now, Street Power Soccer doesn’t have an exact release date, but it’s planned to come out later this summer. It will be releasing on PlayStation 4, Xbox One, Nintendo Switch, and Steam for $49.99. Hopefully I’ll be able to get my hands on it before then, so keep an eye out for more updates, previews, and reviews here on Gaming Trend.