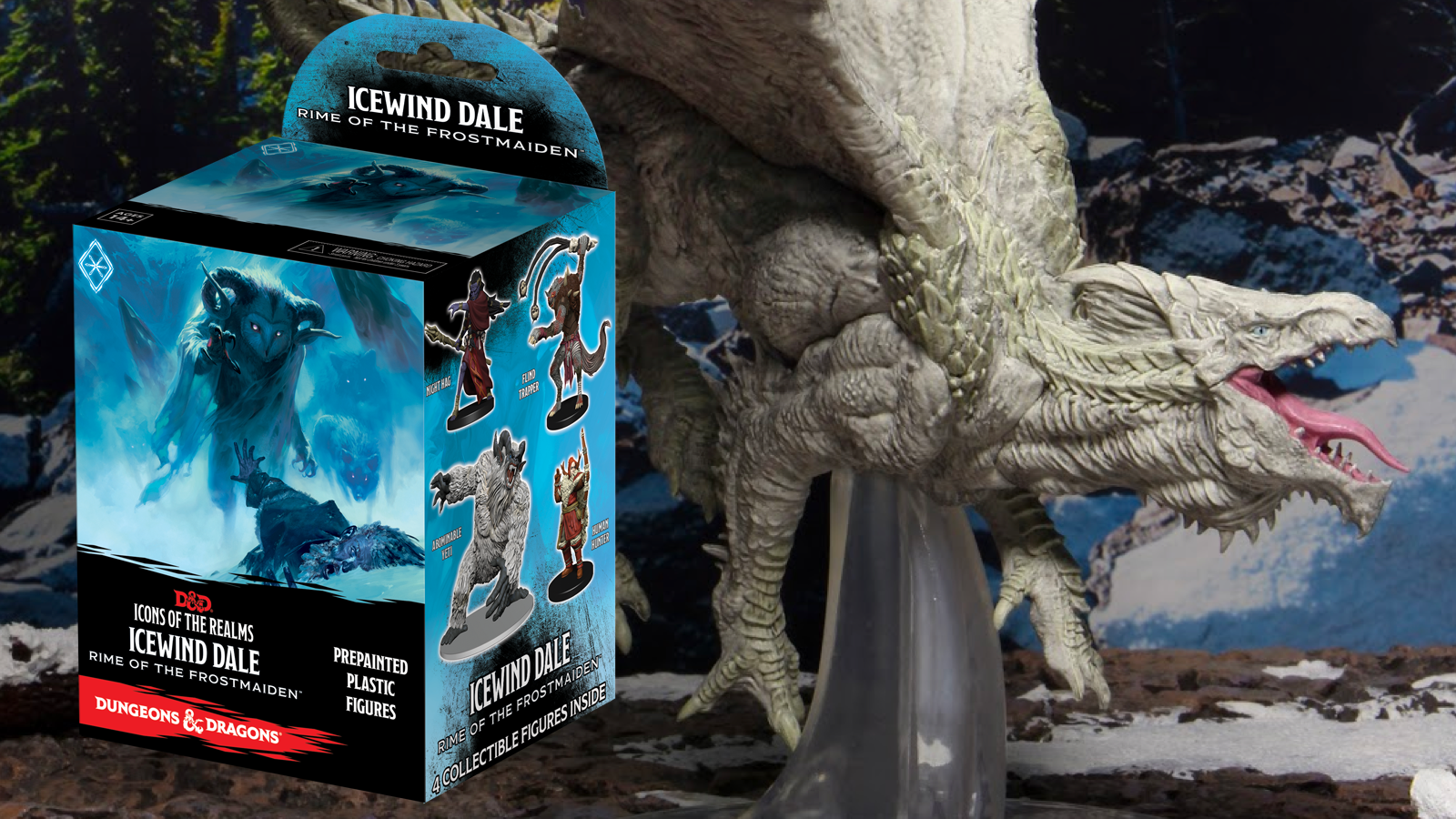 The Icewind Dale: Rime of the Frostmaiden line includes bone chilling new monsters to confront, like the unnerving Tomb Tapper and ferocious Abominable Yeti. You can also interact with many of the denizens of the Ten Towns, like the Reghed Nomads as they fish for their most precious resource, Knucklehead Trout. The set also includes the many forms of the Frostmaiden herself, should you dare to incur her wrath! Collect all 45 figures from Icewind Dale: Rime of the Frostmaiden, the newest set of randomly sorted monsters and characters in our exciting line of D&D miniatures, Icons of the Realms.

The smallest, least intelligent, and most animalistic of the chromatic dragons, white dragons dwell in frigid climes, favoring arctic areas or icy mountains. They are vicious, cruel reptiles driven by hunger and greed.
A white dragon has feral eyes, a sleek profile, and a spined crest. The scales of a wyrmling white dragon glisten pure white. As the dragon ages, its sheen disappears and some of its scales begin to darken, so that by the time it is old, it is mottled by patches of pale blue and light gray. This patterning helps the dragon blend into the realms of ice and stone in which it hunts, and to fade from view when it soars across a cloud-filled sky. 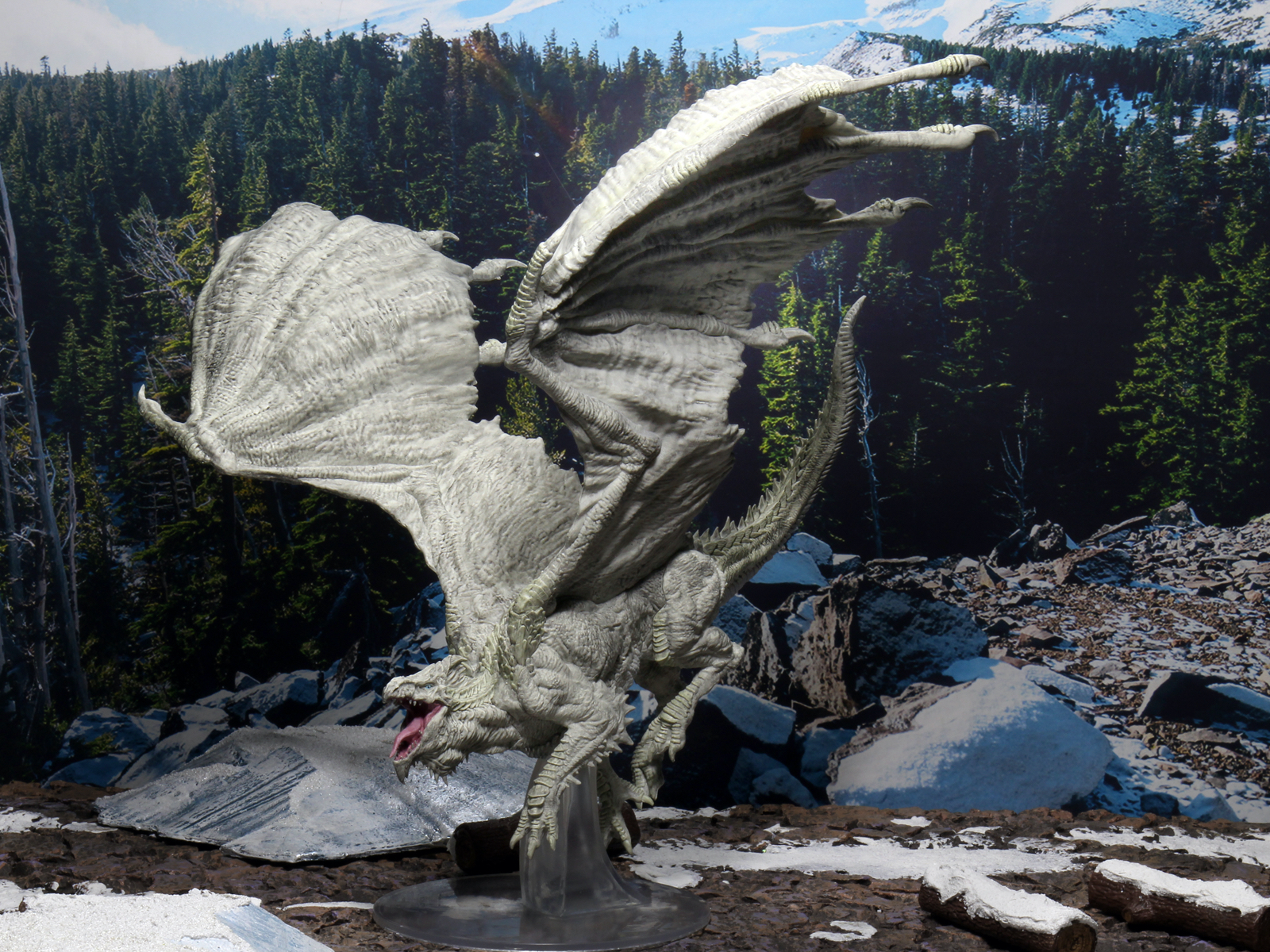 And finally, as part of the year-long celebration of 45 years of Dungeons & Dragons, the Sapphire Dragon Premium Figure:

The glittering Sapphire Dragons are the most territorial of all the gem dragons to a dangerous degree. They collect magical weapons and armor as the centerpieces of their hoards and vault them away in isolated caverns. A Sapphire Dragon’s psionic nature is evident in horn and bone structures of their body. Their tail barbs and horn tips are all separate pieces, but they float in place, held aloft by the dragon’s psychic force while the dragon lives. These levitating horns and spines shift slightly with the dragon’s mood, bobbing in amusement or flaring dangerously with anger. Its scales and wing membranes are varied shades of blue, ranging from the light tones of a spring sky, to the rich, crystalline azure of sapphire gems and compressed glacial ice. In the light, many of their scales glitter and shine with luminous starburst images.

Over 160mm tall, this miniature is based on the all new art for the Sapphire Dragon, released by Wizards of the Coast for the 45th anniversary of Dungeons & Dragons. Completely translucent with gemlike effects on the wings and body, this dragon is a great foe for your next adventure or a beautiful piece for display! 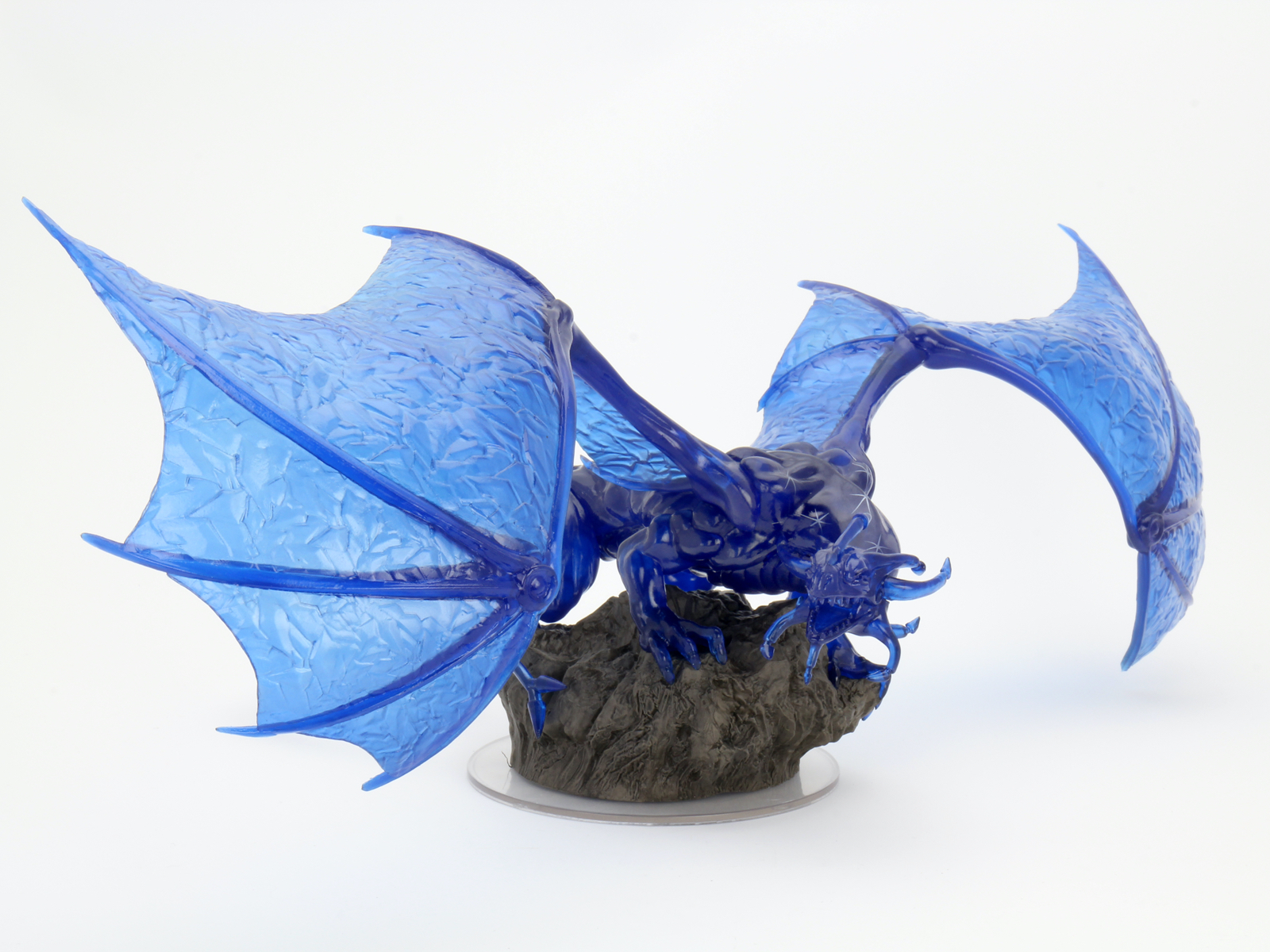 The Icewind Dale booster packs each contain 1 Large figure and 3 Medium or Small figures, and hit shelves this September for $16.99, but the dragons will be available in August and each run $69.99.