Wandering a Post-Apocalyptic Paradise -- My Time at Portia Switch Review 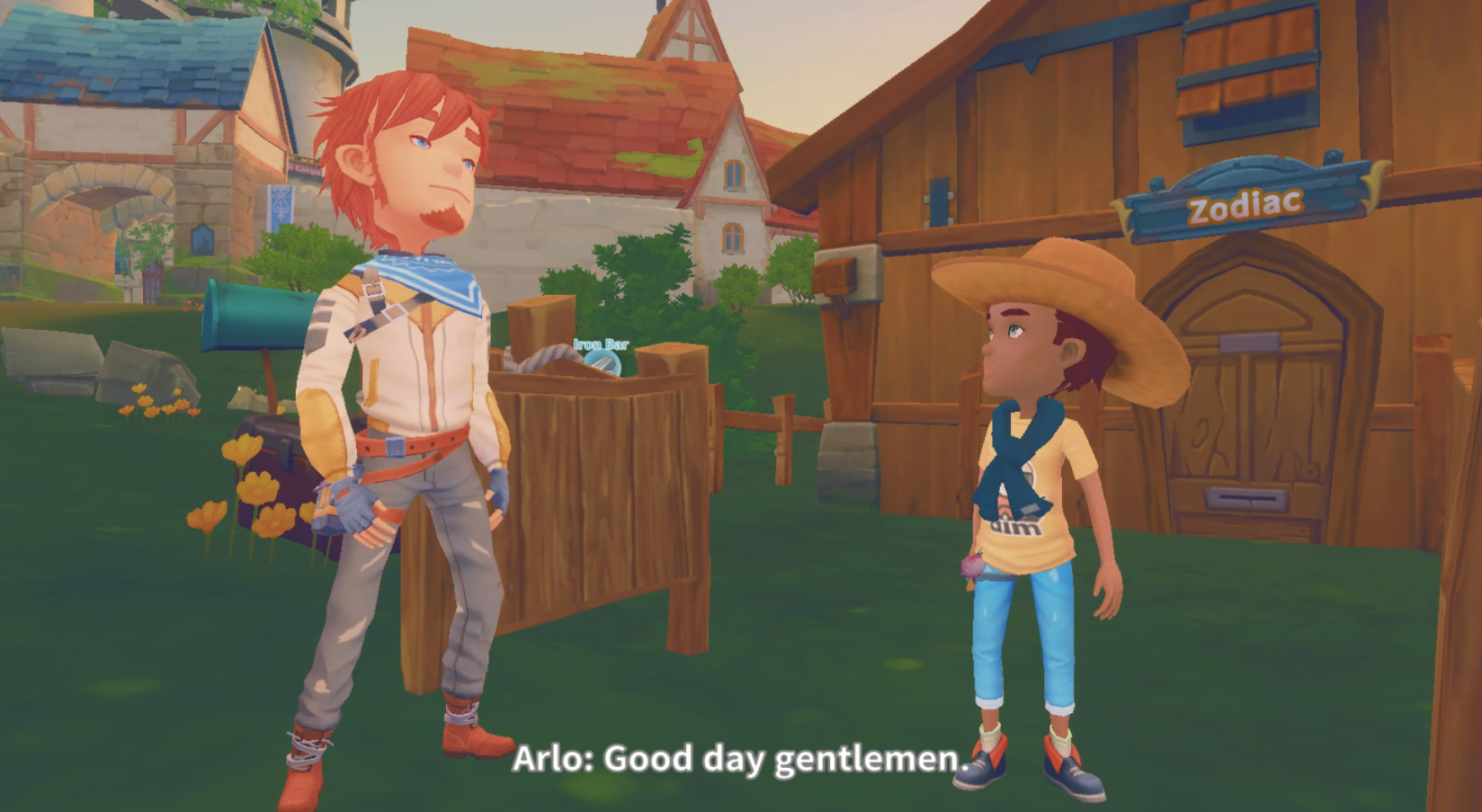 Months ago, I threw myself into My Time at Portia with abandon, logging upwards of 90 hours of gameplay while the game was still in Early Access. I fell in love with this large, colorful world full unique of characters, and was delighted to see that my opinion was shared on our official review. There’s something incredibly charming and freeing about this plucky simulation game–outside of the fact that playing it required me to shackle myself to my PC or console. I was elated to hear that My Time at Portia was coming to the Nintendo Switch, and jumped at the chance to dive back into the role of a builder in a more portable format.

Like in many sim games, learning how to manage your time and resources is crucial, and My Time at Portia has a particularly steep learning curve starting out. My earlier playthrough taught me to start making extra gear, such as smelters, and to start crafting early and often so I wouldn’t get stuck waiting on that one item I needed in order to complete a quest. You start your time in Portia with a run-down builder’s shop which you must expand by harvesting resources and converting them into machinery, goods, furniture, trinkets, food, and even weaponry. You wander the surprisingly large map of Portia, befriending and potentially marrying any number of eligible candidates, completing quests to build favor with the town, crawling through dungeons, fighting enemies, farming, fishing, unearthing ancient technology, and participating in a plethora of special events and holidays. 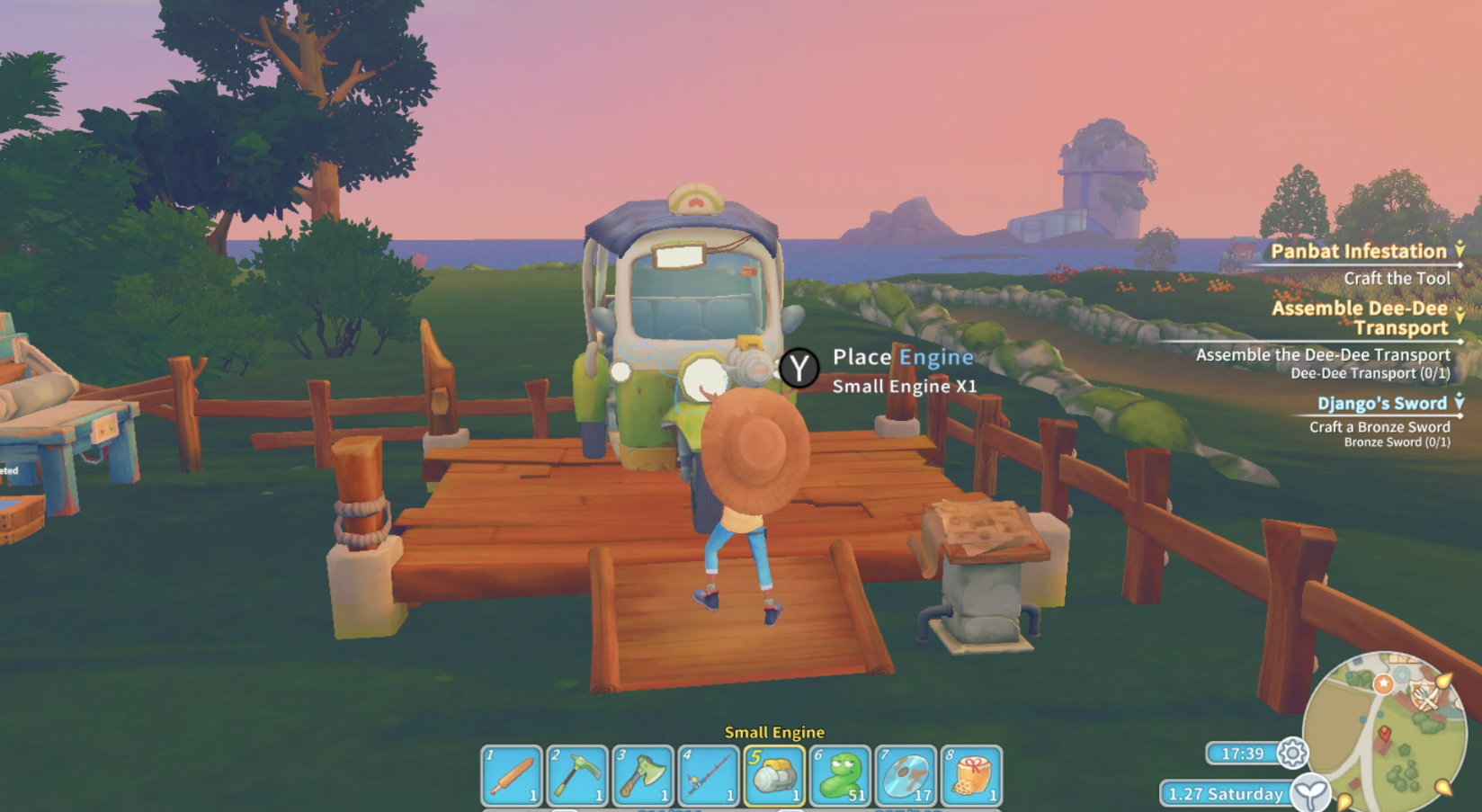 While the basic gameplay is the same between the PC and the Switch versions, there are some noteworthy differences. Perhaps the most noteworthy is the lack of voice acting. The Switch version does not feature any character dialogue, and I was rather surprised to find just how much I missed it. The original cuts may not have been perfect, but Portia feels just a little more empty without the voices of my character or his friends ringing in my ears.

One of the things which has not been changed, much to my dismay, is the combat. It feels like the least developed part of the game, and the mad-slash style of fighting still feels less-than-satisfying, perhaps even more so on the Switch, since this port has made no use of the Joy-Con rumble. I was surprised by just how much I wanted to feel that slight rumble, that tactile confirmation of a hit, while playing. 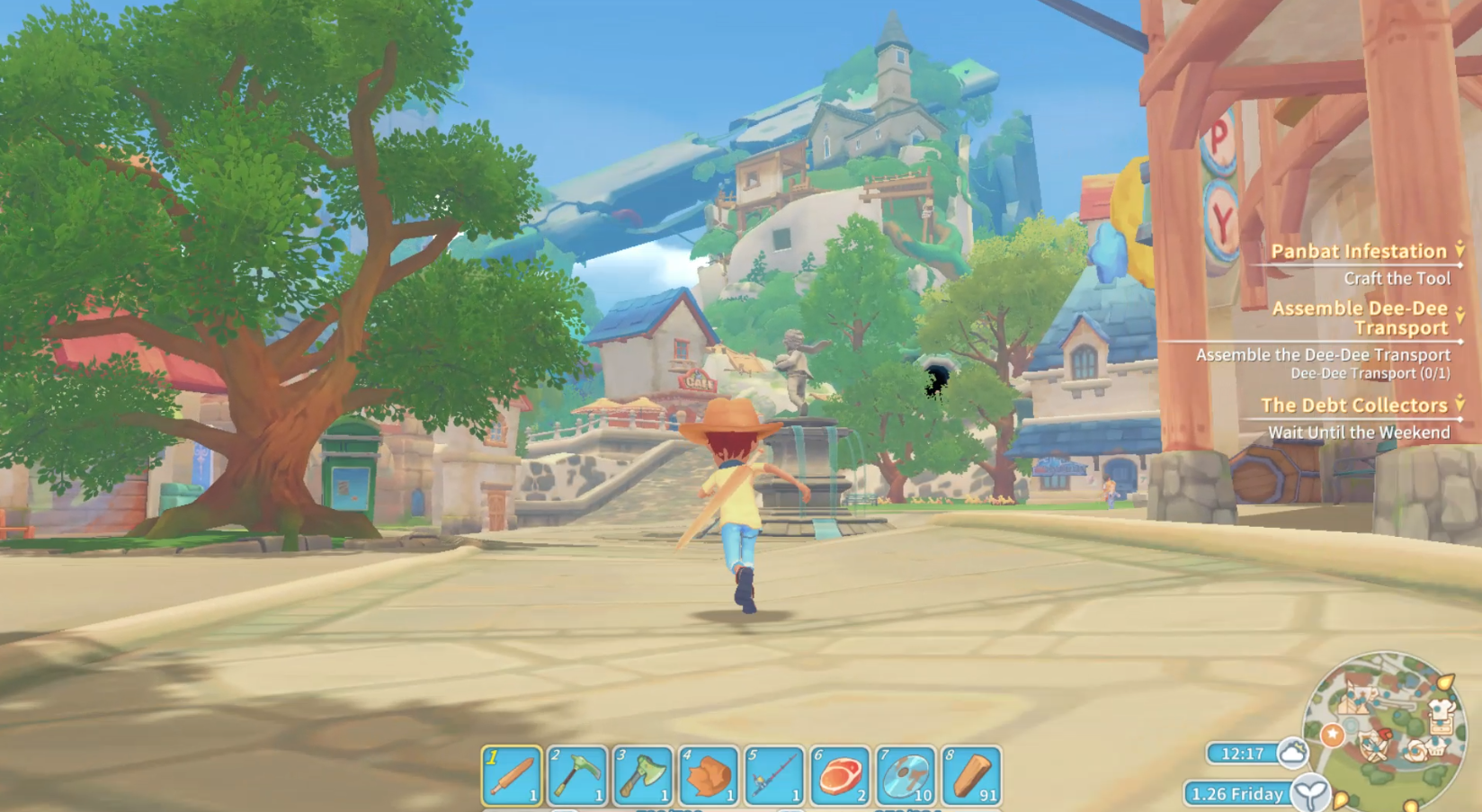 The graphics have also been adjusted to be more in line with the Switch’s horsepower. My Time at Portia had some noticeable load times, lags, and dropped frames when I played it on my PC, so I was a little worried about how it might perform on the Switch. The Pathea team really has worked some wonders, as the Switch version performs better than it did on my mid-tier gaming laptop. It may not be perfectly buttery smooth, but it’s functional, and the dropped frames are rare enough, especially when played in docked mode.

There is a significant loading time each time you open the game, but everything else is less painful. You’re still going to see loading screens, but they’re not as oppressive as they are in several of the other Switch titles I’ve covered. I was given access to the game before a load-time patch was implemented, and was initially concerned, as simply leaving your house caused such a grueling wait-fest that I was worried this title would be wasted on the Switch. Since this patch and the game’s subsequent release, load times have been significantly improved, and you’ll really only find pauses when walking out of a building and into the main map, entering or leaving the runes/dungeons, or occasionally when digging through storage. 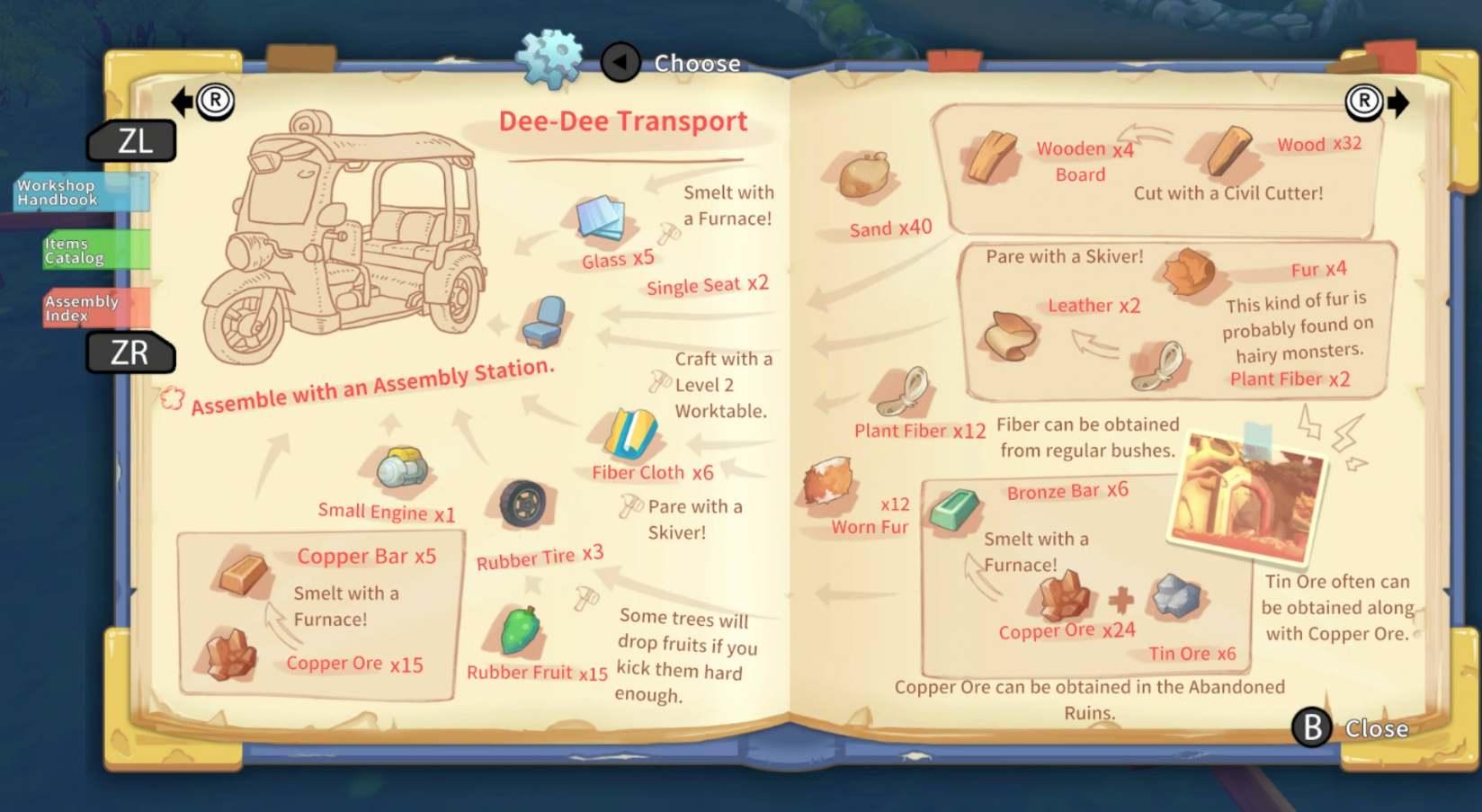 Some of the atmospheric flourishes have been scaled back for the Switch version, but that’s not necessarily a bad thing. Distant buildings which were once shrouded in atmospheric haze now stand bright and inviting on the horizon. While it could be argued that this strips some of the mystery from the world, I felt that it makes the entire place feel more inviting, encouraging me to seek out those strange monuments of the past. I also felt that it made the whole world feel cleaner, but I may just be jaded by Los Angeles’ poor air quality.

My Time at Portia has also seen some tweaks since I played the Early Access. I encountered quests from villagers, the kind which gave me glimpses into their personalities and histories, far earlier in the game than before, and holidays also seem to have been adjusted. Take the Day of Bright Sun, for example. This bizarre holiday consists of the townsfolk gathering while someone tosses presents out of a dirigible hovering overhead. First to the present gets it. I had to close the game and start the day over while in Early Access, because I kept walking away from the holiday completely empty-handed, despite my best hustle, and rather like a spoiled child at Christmas, I found that to be unacceptable. This time around, I made off like a bandit; not that any of the items I claimed were exceptionally valuable, but leaving with an armful of goodies, instead of empty pockets, really made the whole holiday much more enjoyable.