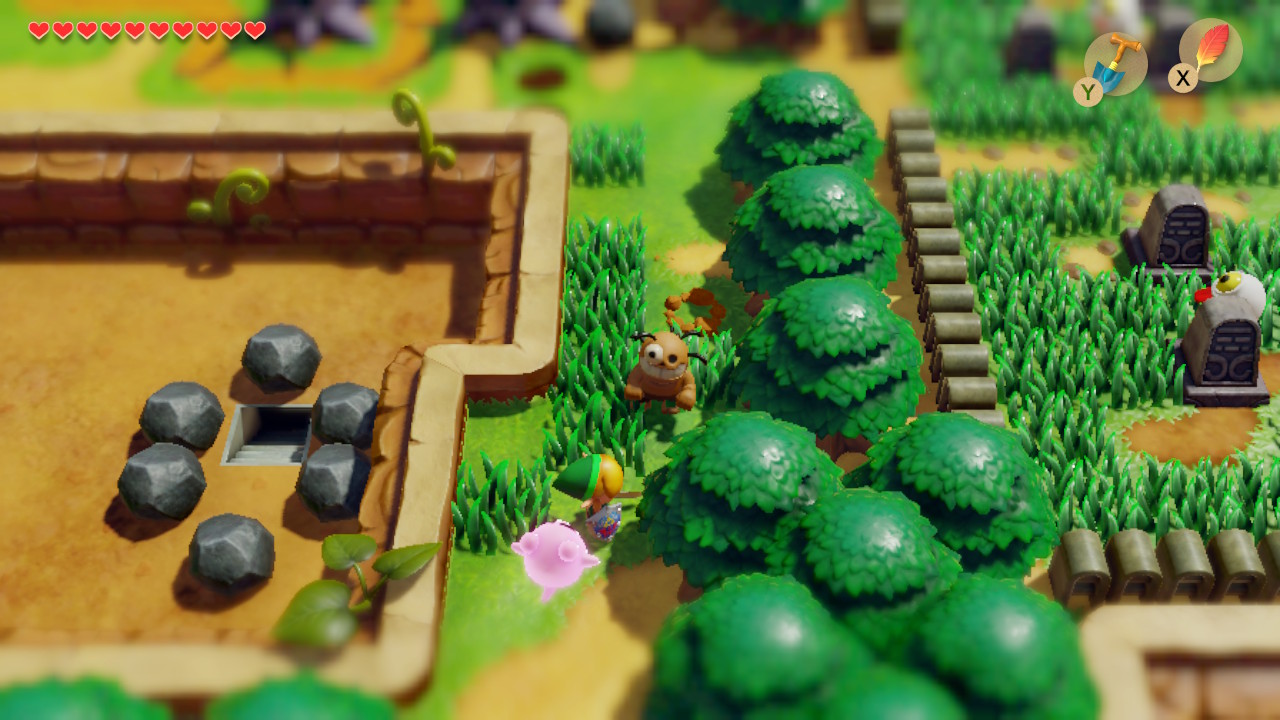 It has been 26 years since I first played The Legend of Zelda: Link’s Awakening. It wasn’t my first Zelda game, but it was the game which most resonated with me. Day after day, I explored the forests, swam in the streams, and climbed the mountains of Koholint Island on my brick of a Gameboy, intent on waking the Wind Fish. Even as I battled my way to the end, I was left wondering, with no small bit of trepidation, if waking the Wind Fish was the right thing to do. For the first time in my young life, I was exposed to a game which made me question if I was acting as the hero of the story or the villain. In the years since, I’ve played Link’s Awakening a few times, having shelled out for the DX version and the 3DS port, all while hearing empty promises of a remake of my favorite Zelda game. With all this history, I approached the Switch remake with equal parts of excitement and dread. Could this reimagined Koholint Island possibly live up to the game from my childhood? 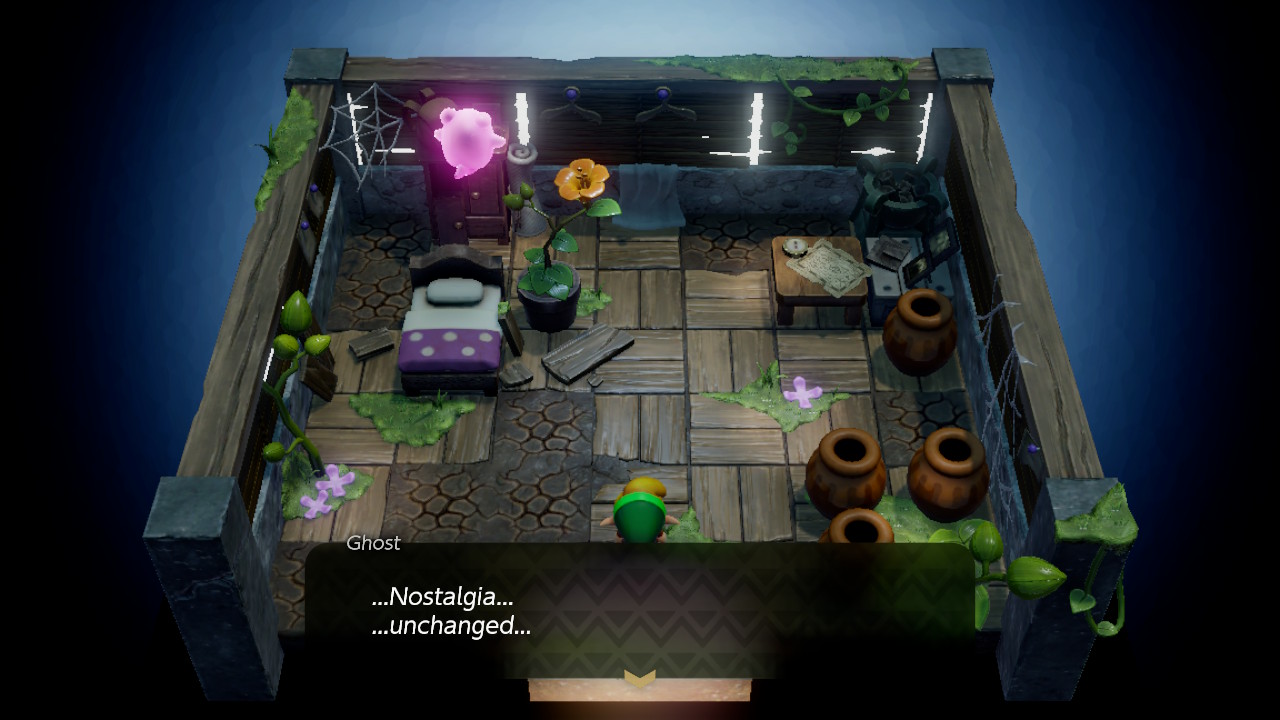 The remake of Link’s Awakening has proven to be a brilliant combination of faithful recreation and glorious reimagining. Even at a glance, the graphics speak for themselves, and give the entire adventure a whimsical and surprisingly tactile feel; real but not quite, very befitting a game about a dream. Unfortunately, this is where my one real complaint with the game arises: the framerate in docked mode is simply not consistent. When docked, it does occasionally drop frames, causing an unmistakable sutter or jitter while playing. The soundtrack, as befitting a game about collecting instruments, is stellar. I actually teared up when I first heard the remastered soundtrack playing at Nintendo’s E3 booth. The remastered songs add depth and layers to the classic and very distinct notes of the original 8bit tracks, brilliantly tying together something old and something new.

Koholint Island is not especially large, but the small space is packed with things to do. You’ll be able to collect secret seashells, swap items with NPCs in a mini-game which spans the entire arc of the game, fish, collect songs to play on your ocarina, and ride raging rapids; all this in addition to the usual tasks like collecting keys, exploring dungeons, and battling bosses. you’ll also encounter some familiar familiar faces, as Super Mario Bros. often pop up across the world int he most unexpected places. While there is a good bit of backtracking expected, it’s surprisingly painless when you combine the smaller map with the unlockable warp points which are scattered across it. The world is surprisingly robust for a game originally designed to fit on an 8MB cartridge. 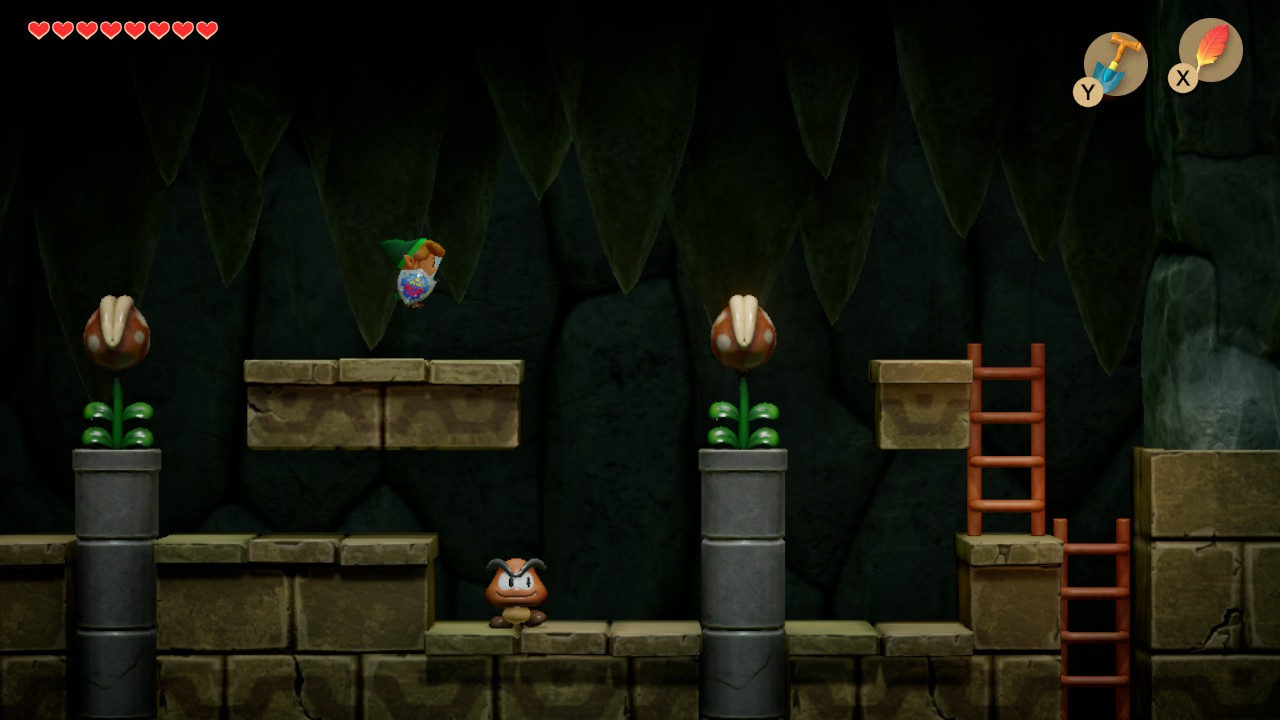 The remake takes advantage of the Switch’s plethora of buttons which the GameBoy lacked, and the slick new user interface makes it easier to grapple, jump, bomb, and combat your way across the island. The controls are simple and intuitive, and making items such as the Power Bracelet auto-equipped, instead of having to select it before each use, and moving the shield to the shoulder button are prime examples of the simple yet effective quality of life updates to the remake. It also includes the Color Dungeon, an optional sidequest dungeon which first appeared in the GameBoy Color remake, and adds an entirely new feature: the Chamber Dungeon. This allows you to collect rooms from dungeons you have already defeated, or by tapping a Zelda Amiibo, in order to build your own dungeons, allowing you to load up on loot, battle your favorite bosses, and create and share more challenging dungeons. 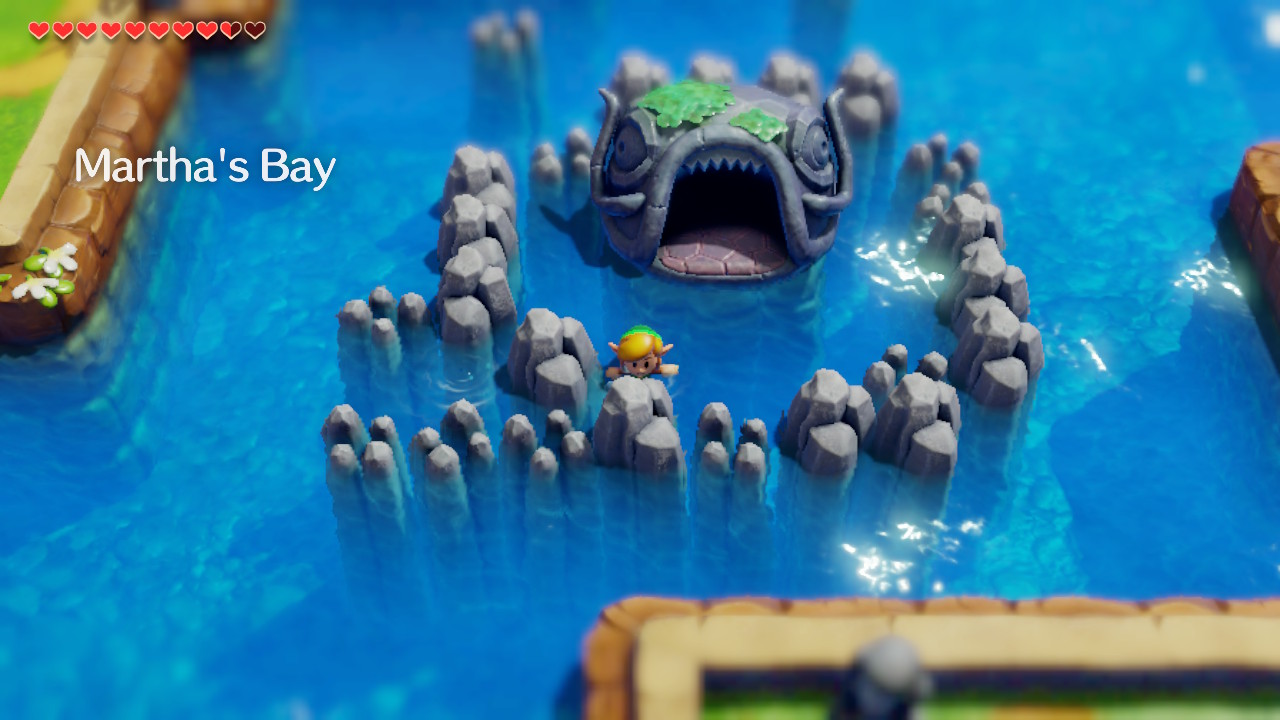 Link’s Awakening on the Switch is not a one-for-one recreation, though much of the original game is still there, right down to screens having the same number of shrubs and patches of grass as the original. The remake is dotted with small changes, such as an increased number of Secret Seashells and heart pieces to find, the addition of fairy bottles and apple trees to help you survive those tough boss battles. And some of these bosses are tough! While Link’s Awakening may not be the most difficult game in the series, each boss has a very distinct trick to beating it, and some of these tricks can be pretty difficult to deduce, if you don’t run right to our good friend Google (which also didn’t exist during the original release). Link’s Awakening has long been one of the most loved classic titles in the Zelda series, and this remake has breathed new life into it, with a colorful, imaginative, and refreshing take on this sunny, surprising little island.