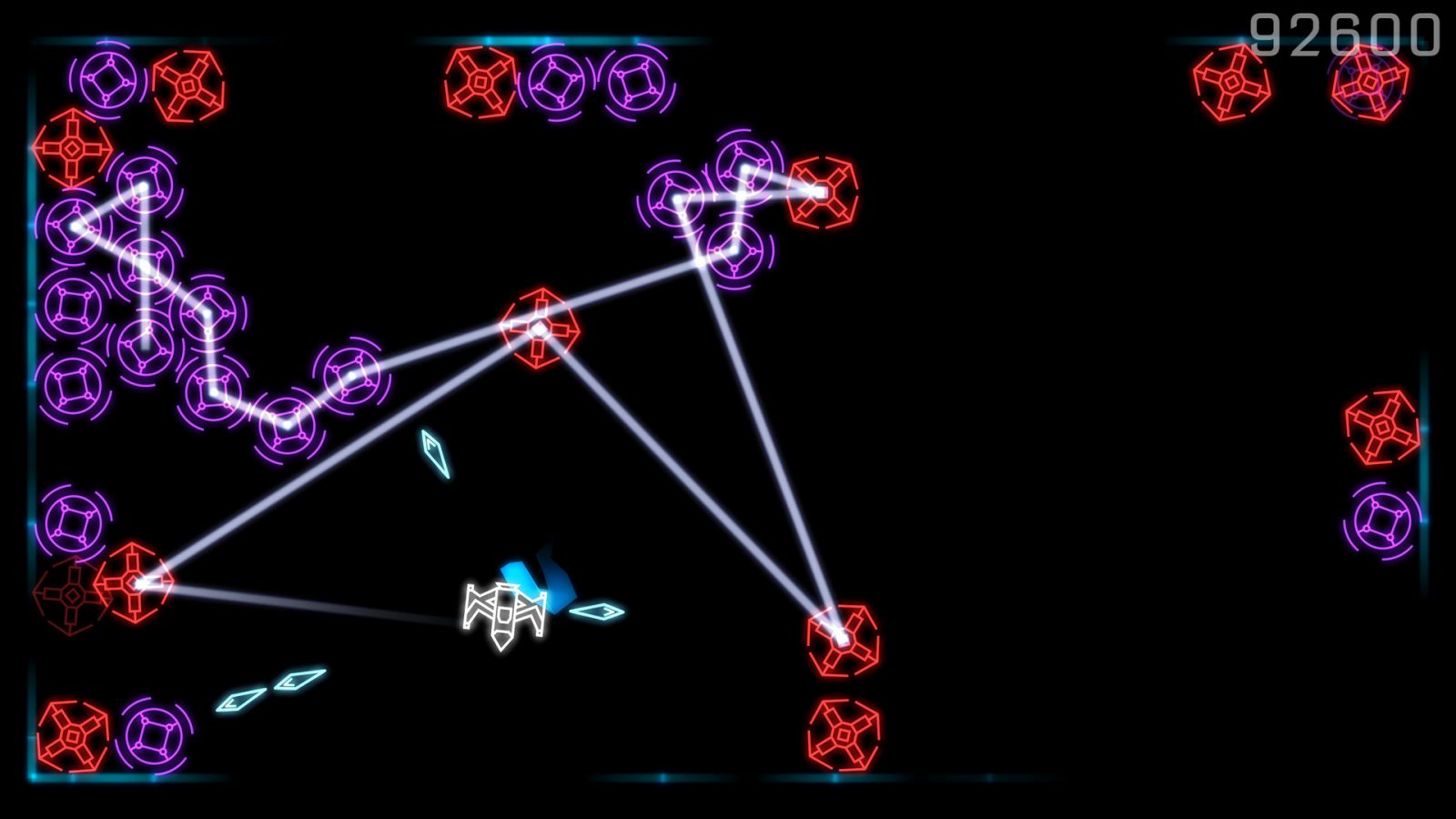 Stylish yet affordable twin-stick arcade shooter Space Dance is now available on Steam for 99 cents. This price is expect to increase with more content upgrades over time.

Space Dance is a fast, tightly-controlled twin stick shooter presented in a colorful retro style. Individual gameplay rounds are short at 2-3 minutes. The unique link-gun mechanic allows players to connect enemies with each other, resulting in a messy, wonderfully chaotic group dance ceremony that becomes increasingly difficult to survive.

The next mode to be released will be “Assault” later this month. The full version of the game will contain at least 4 additional game modes than what’s available at launch.

Space Dance is available now on Steam for $0.99. For more information, visit the game’s Steam page.