The Nintendo Switch is changing Pokémon

There’s no question that Pokémon Sword and Pokémon Shield are controversial titles, and with good reason. They shattered many of the norms of the series, brought the mainline games to consoles for the first time, and were rolled out with a… shall we say, interesting marketing campaign. It’s been a strange, wild ride for the Galar region games, with fans blaming unpopular changes on a host of things, though one of the most important reasons for these changes, the very thing that made many of them possible–if not necessary–seems to be entirely overlooked: The Nintendo Switch itself.

Let’s pause and do a quick recap of the usual cycle that Pokémon games go through, for those who aren’t terribly familiar with it. Every year or two, Game Freak would release a new Pokémon game which fell into one of three categories: a new generation game set in a new region, a game or set of games which expands on the world of the previous game, or a remake of an older generation game. Pokémon fans spend $40 for a new game, usually in cartridge form, and power through it. The really dedicated (or the really obsessed, like myself) would shell out $80 to get both versions in order to live up to that Gotta Catch ‘em All motto. Pause for a year or two, then that same group would shell out another $40 for the third version of the game, except for the years when Game Freak decided to release two expanded games, when some fans would spend $80 to add both copies to their collections. 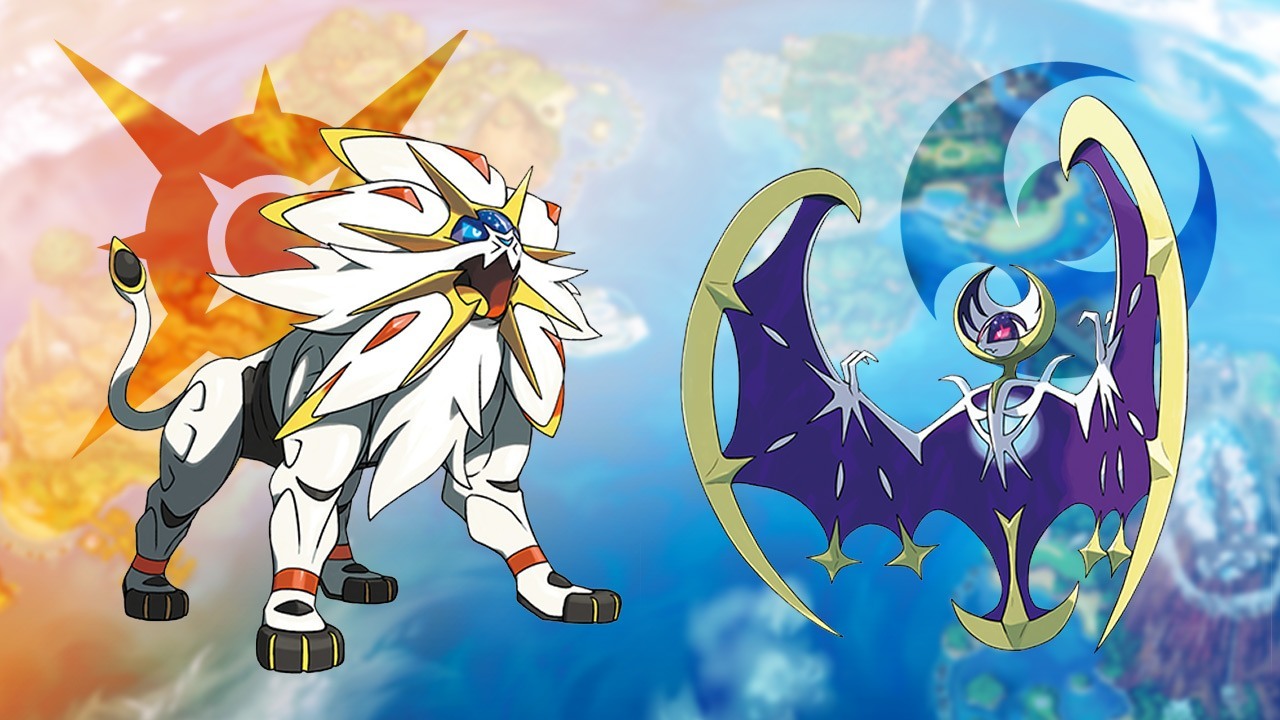 Trainers must start the expanded game (or games) from scratch, staring with empty pockets, an empty Pokédex, and a brand new, low-level starter, and slogging their way through the region-of-the-year. Only after beating the game do they have the option to transfer their favorite, most powerful, or most collectible Pokémon from the earlier games to this new version. Pause a year or two, and the cycle repeats with the next generation of games: Trainers start from scratch in an entirely new region, beat the game, transfer their old Pokémon forward in the post game, and wait for the expanded game(s).

Those who are not familiar with the Gotta Catch ‘em All fever might wonder why some of us are willing to spend an extra $40-$80 per generation just to play through the same game twice. The answer is simple: version exclusives. Or more specifically, legendary version exclusives. Focusing in on Pokémon Sun and Pokémon Moon to explain this phenomenon and why so many of us (literally) buy into it. In Pokémon Moon, and only in Pokémon Moon, you can catch Lunala, a legendary Pokémon which looks like a cosmic bat. Likewise, Pokémon Sun gives you the chance to catch Solgaleo, a space lion legendary Pokémon. Sun and Moon both give players a single instance of a Pokémon known as Type: Null, a strange, human-made Pokémon that has an evolution. While most Pokémon are able to be encountered multiple times, and can be bred in order to gain multiple copies of the same Pokémon, this is not the case for Lunala, Solgaleo, or Type: Null. You can acquire only one of each of these Pokémon, and you cannot breed any of them. If you have Sun, the only way to get Lunala is to trade with someone who has Moon, and most Moon players will only trade their Lunala for a Solgaleo, which still leaves you without a legendary. You have to get two Type: Nulls if you want to have both Type: Null and it’s evolution in your collection, but there is no legal way to get a second version in the game. So how do you accomplish this without cheating? The simple solution is to buy both versions of the game. 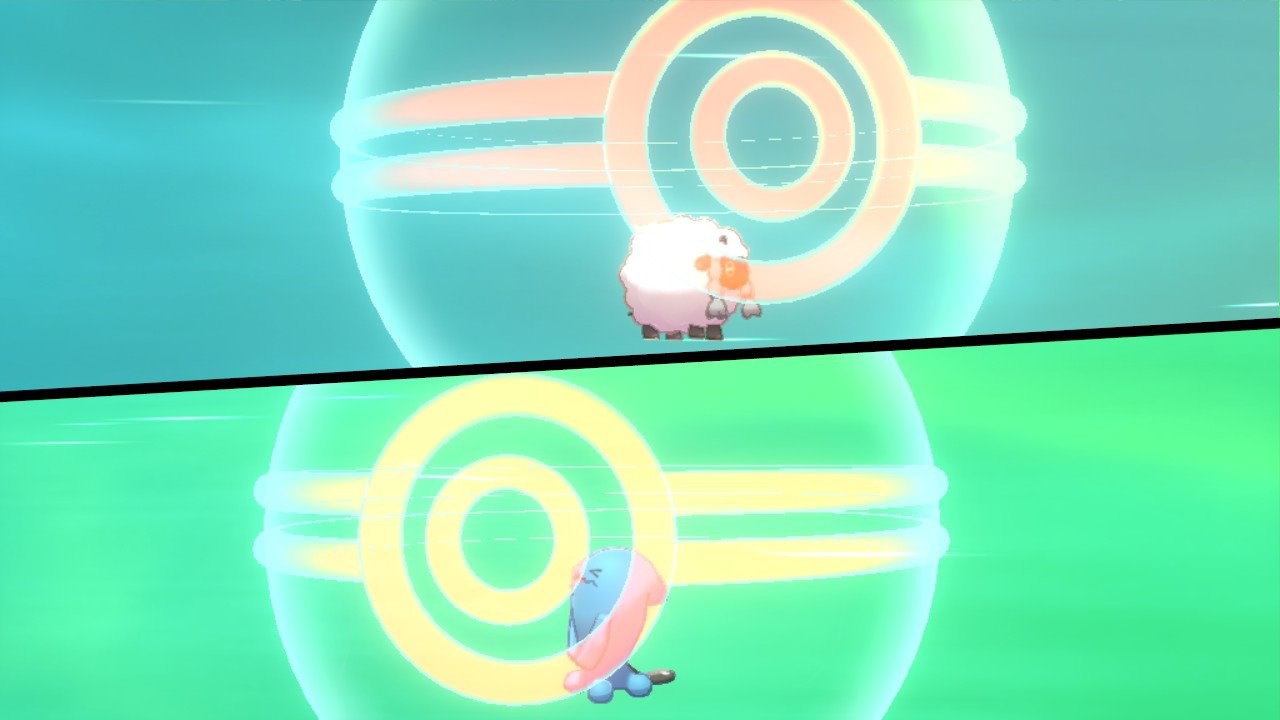 All of this has been made necessary by one, key staple of the Pokémon series: each game, be it a physical or a digital copy, has only one save file.

The Nintendo Switch changes that.

The very nature of the Nintendo Switch, with multiple profiles, all of which can access any game on the console, forces a radical change to the very DNA of Pokémon, and I’m honestly surprised at how little it has been discussed. You no longer have to erase your progress in order to play through the game again, you just need a second profile. This also means that you no longer need both copies of the game in order to get duplicates of legendaries; you can just play through the game twice on two different profiles, then trade with someone who has done the same with the other version of the game. 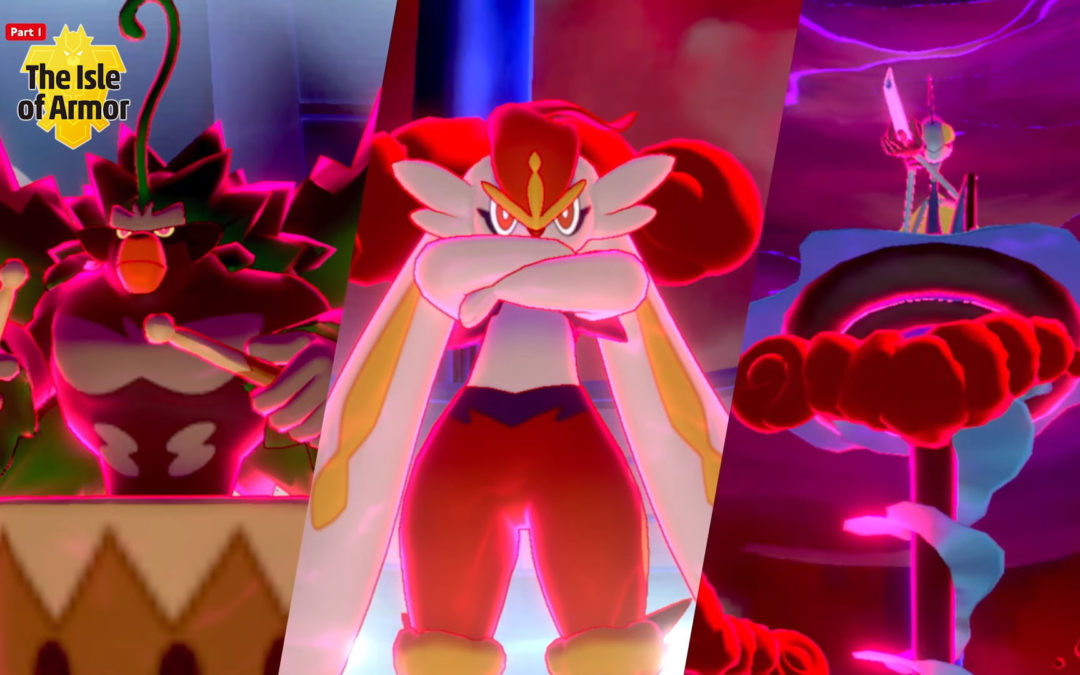 That isn’t to say that the process is now simple, there are still complications. If you want to trade duplicate legendaries, you’ll either need to shell out for a second Nintendo Online account, or find someone nearby whom you can trade with via local Internet. There are still complications in moving Pokémon from your secondary profile to your main one, but one of the biggest barriers to legally obtaining multiple copies of rare and legendary Pokémon has been removed thanks to the Switch.

This has changed the way that many people approach buying the game, and it is the primary reason that I am actually excited to see Pokémon DLC. Before you pull out the pitchforks, let me say that I understand the concerns; I recognize Pokémon Sword and Shield cost $20 more than any previous entry, that many people feel that it is an incomplete game, and that I am well aware of the anger (Game FrEAk) around paid DLC. I’m not here to defend any of these things, and I’m not going to try to change your mind if you feel this way. But for me, this has potential to breathe new life into the franchise. 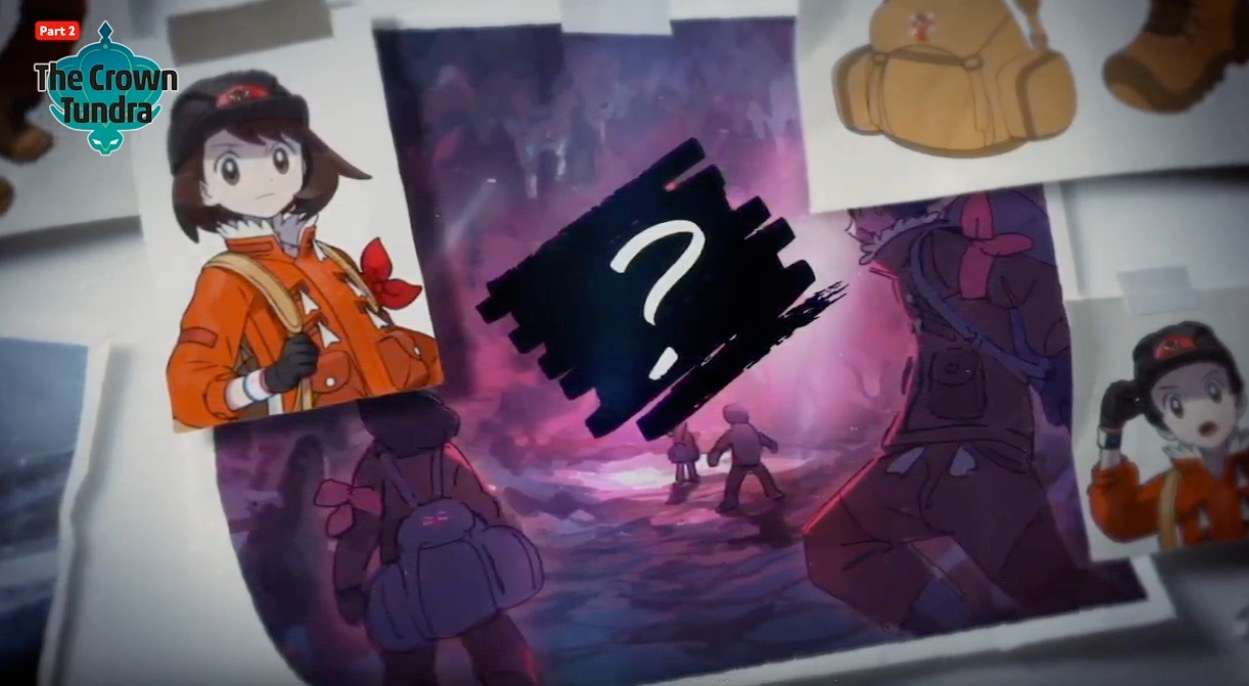 Let’s be honest: Pokémon games aren’t perfect. I love them, even the mediocre ones, but the short development cycle, requiring new games on a schedule in order to keep up with the anime, card game, etc, has undoubtedly resulted in a lot of compromises and missed opportunities. We’ve all heard about plot points and features which were removed from games due to development cycles, and we’ve all complained about lackluster storylines, gimmicky gameplay, and a near-lack of post-game. The only real way to fix these problems is to slow down the development cycle, something which The Pokémon Company clearly believes can’t be done while still keeping the media franchise machine churning at an optimal speed.

So how do you make time to create the kinds of content that fans want without having to release a huge new game every year? You do it through DLC, either paid or free. And yes, I hear you; many fans feel that Sword and Shield were incomplete, and that this DLC should be free to make up for it. I don’t have a strong opinion on the matter; of course I’d love to see the DLC be free, but I won’t be able to form an opinion on if it’s worth the money or not until after it has been released, when I can see if it really is as beefy, exciting, and feature-filled as the Pokémon Direct promised. 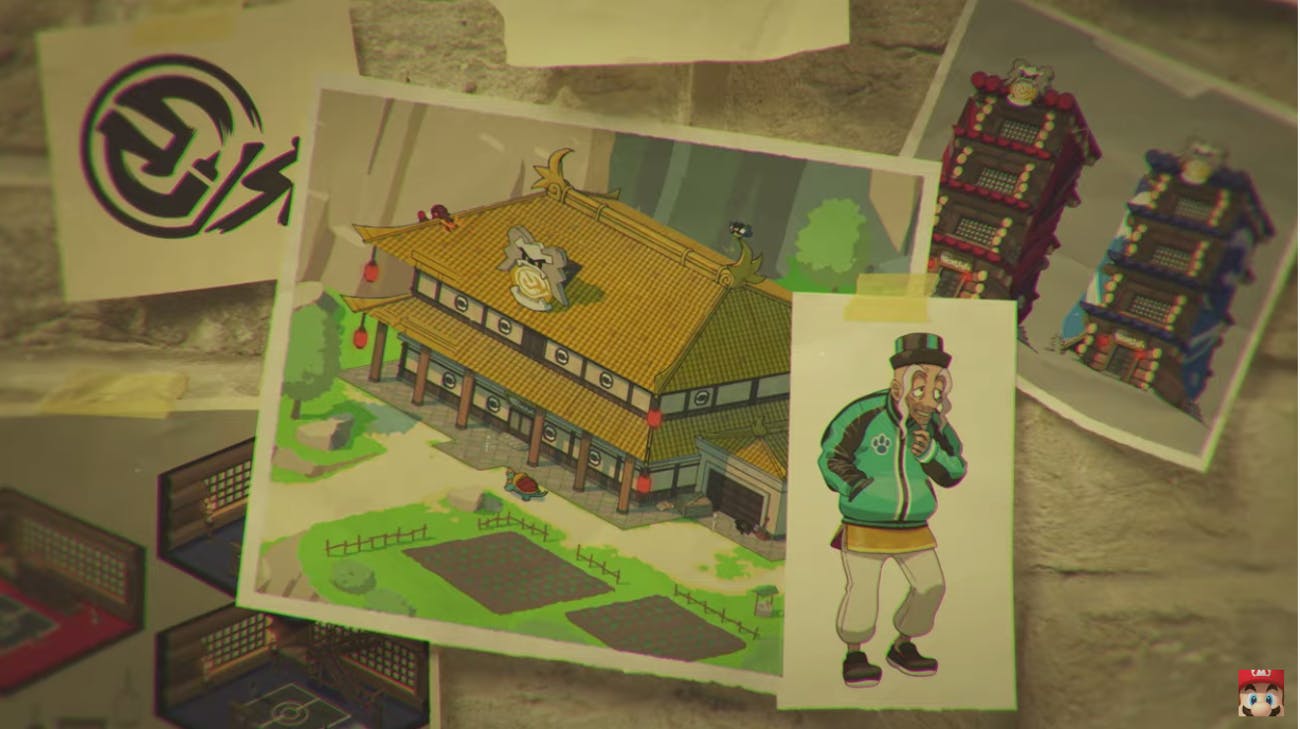 To my mind, Pokémon makes sense being a game as a service. I still remember how long and miserable the three year wait between Pokémon X and Y and Pokémon Sun and Moon was, and I can’t help but be excited by the idea of having five, ten, maybe even twenty hours of fresh Pokémon content every six months. The DLC is already doing a number of things which I’ve wanted to see from the Pokémon franchise: expanding on the Wild Area idea of open world exploration, bringing in more previous-generation Pokémon (yes, I know it’s not all of them), allowing me to explore an expanded world with my team and character in tact, rather than starting all over with an entirely new save file, creating new multiplayer options, and bringing back legendaries which are tied to the story itself, instead of being distributed via download code.

I am fortunate enough to be able to budget multiple copies of games for one of my favorite franchises, so let’s do the math. I bought Pokémon Sword for $60. I did not buy Shield, because I don’t actually need the other version of the game in order to complete my living Pokédex. I paid $30 for the DLC (and let’s be clear here, you get both Isle of Armor and Crown Tundra for $30; it is not $30 each), bringing my total investment in Gen 8 up to $90 which is, admittedly, not a small amount of money. Now let’s look at Gen 7. I paid $40 for Pokémon Moon, and $40 for Pokémon Sun. I spent another $40 on Ultra Sun, and held off on buying Ultra Moon until it came down to the incredibly low price of $35. That’s a hefty investment of $155. 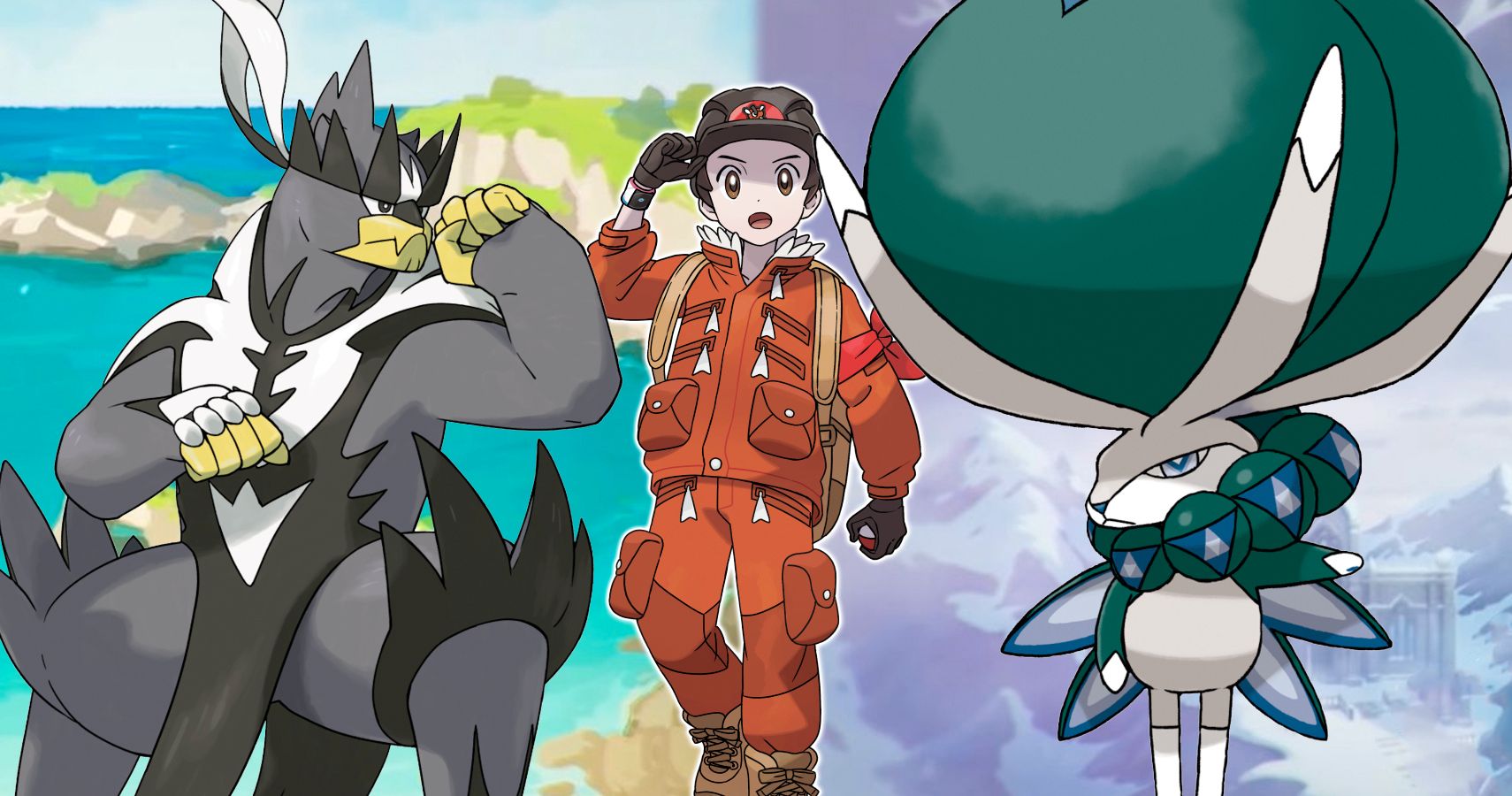 Even if we see another two sets of DLC for $30 each, that will bring my money spent up to $150, $5 less than what I spent on Generation 7 games, and I will (hopefully) have gotten a better, way more exciting experience for my money. Unless, of course, Game Freak decides to release Pokémon Sword 2 and Pokémon Shield 2 next year, shattering all my math into a thousand pieces. Assuming they stick to DLC, I will have played through the base game, the Isle of Armor, the Crown Tundra, and potentially four more completely new, unique areas, instead of playing the same game twice, then slogging through the same game with slight variations, like I would have done in previous generations. I, for one, will gladly take the fresh content any day of the week.

The Nintendo Switch profile system frees collectors with just a little creativity from needing to buy both versions of the game, making this the ideal time to start releasing DLC. DLC is new to Pokémon, so we won’t know how much gameplay, new areas, nor the quality DLC will bring to the games until they are released, but I am remaining cautiously optimistic. Will Pokémon DLC provide the writers, programmers, and other creatives within Game Freak and The Pokémon Company the space they need in order to create better stories, bigger worlds, and more engrossing gameplay? I sure hope so, because I don’t think I’ll be able to handle the disappointment of a series of $30 DLC which only provides a Pokémon Ultra Sun/Moon level of features.

wao eagerly waiting for it!