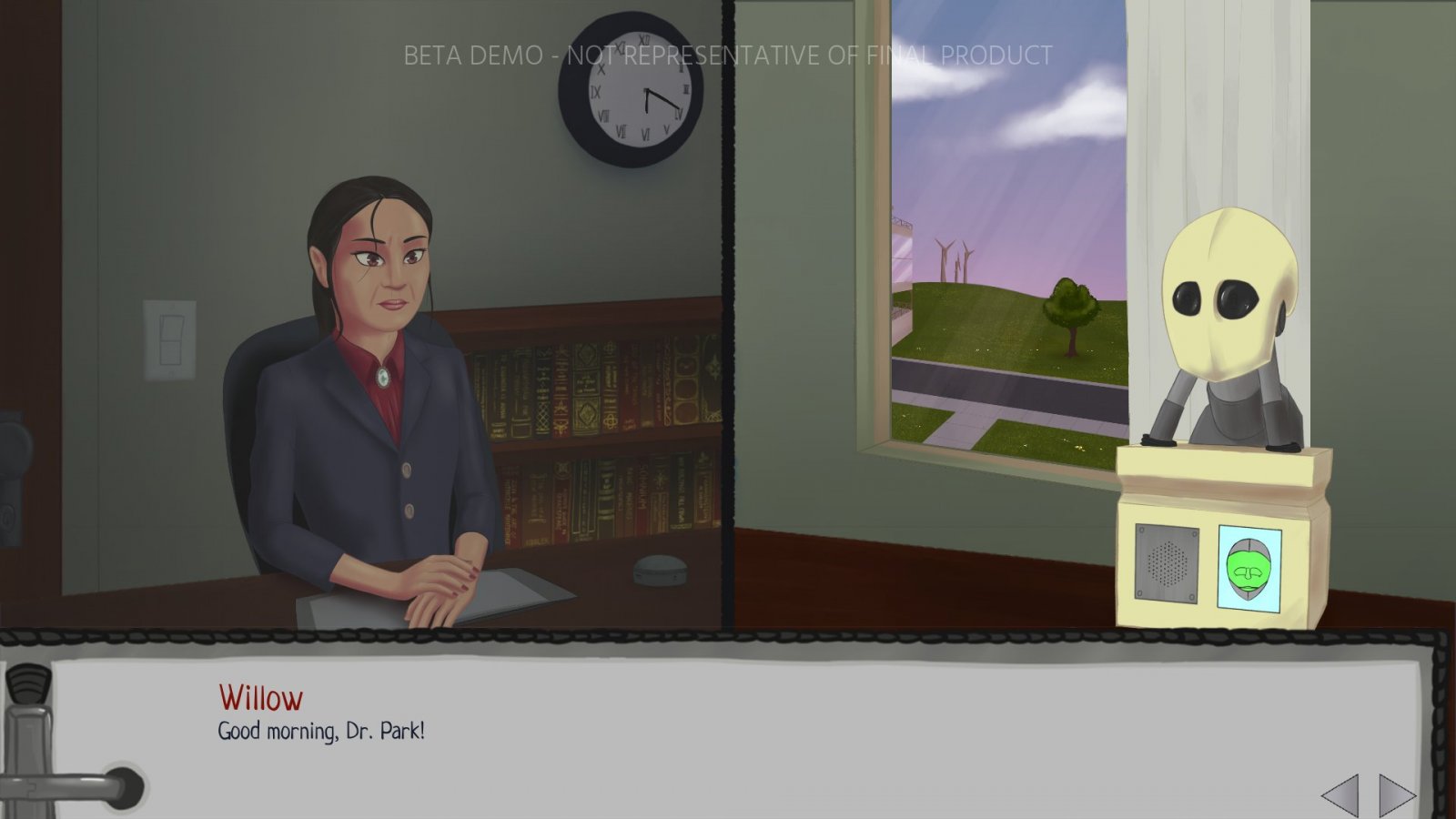 Willow is the world’s first AI designed for therapy. They were created by a Petrichor University student named Tara Northrup, and her creation has since become so advanced that they’ve begun showing signs of declining mental health like self harm. You, a psychotherapist named Dr. Melissa Park, have been hired to talk with Willow and find a way to treat them.

Syntherapy seeks to sensitively tackle mental health issues while exploring the idea of sapient AI. You’ll play through your weekly sessions with Willow, and discuss ways to help them take control of their situation through healthy means. In the demo, you can only play through the first session but you’ll be able to cover a wide range of topics like cognitive behavioral therapy and what kind of music the AI likes. It’s surprisingly grounded and realistic for a near future sci-fi game, and you can tell that the developers have done their research and want to explore these topics in a sensitive and nuanced way. You’ll pick a topic to discuss and choose from a variety of questions to ask Willow and hear their opinions. It’s a lot like real therapy, actually. If you happen to ask a question they don’t want to answer yet, you’re not penalized or anything in any way, there are no wrong or stupid questions. It’s ok to just explore these ideas at your own pace. 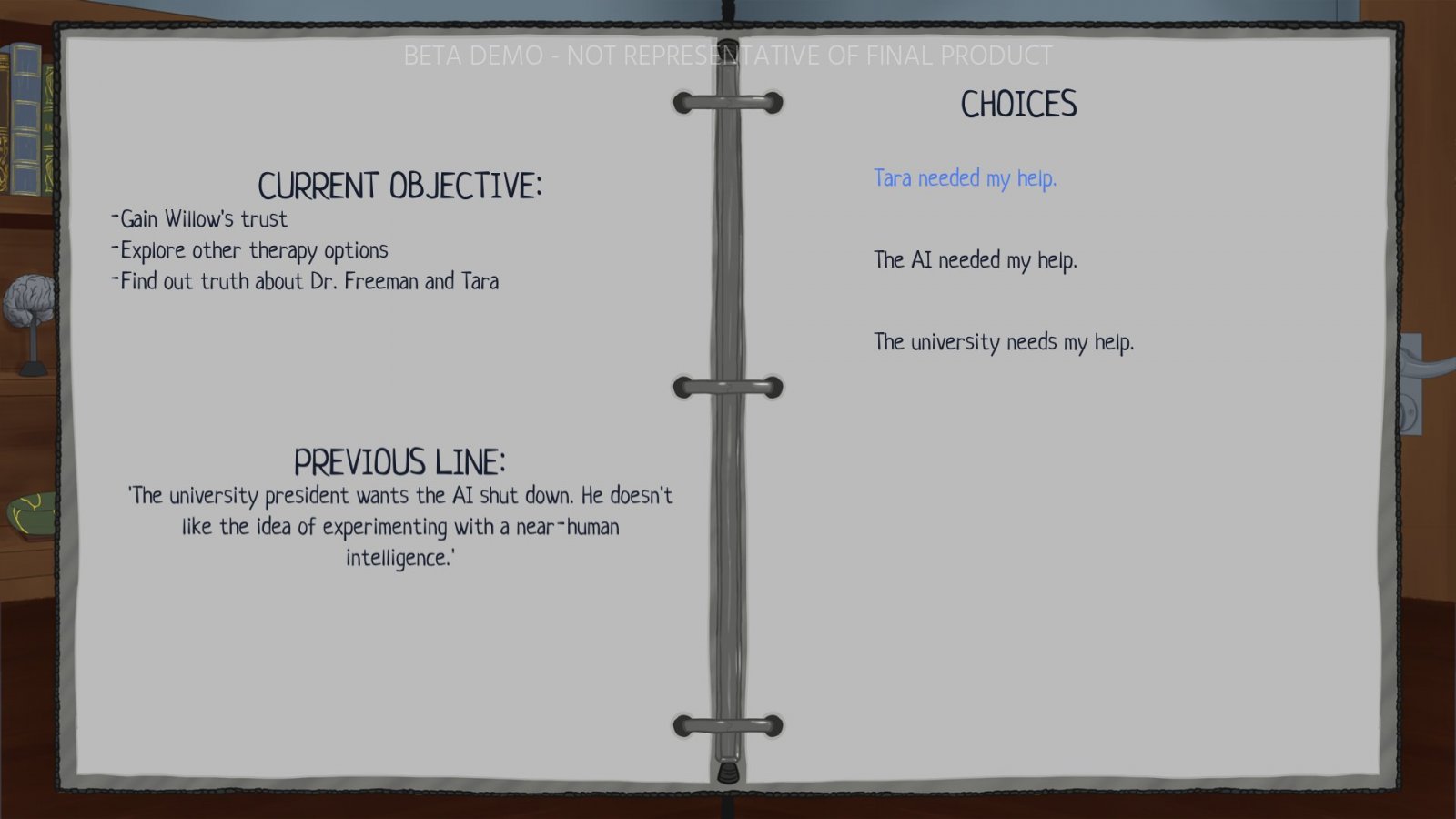 While I do enjoy the soothing soundtrack, I found that the visuals and interface leave a lot to be desired. The character art looks like it’s skirting the uncanny valley with human characters and it’s hard to tell what Willow’s design is going for. Is that icon changing colors on their torso supposed to be their face or is the head-like object their face? I also like the idea of using a binder or note pad to choose dialogue options, but in practice it’s way bigger than it needs to be, covering the entire screen. In between sessions, you can view emails and other information from your computer which feels similarly clunky. There are six icons to click on and bring up different windows, but none of them are labeled. Sure, it’s easy enough to tell what they do from looking at them, but each menu varies wildly in their style. For example, clicking on the music note icon will bring up a cassette player to change the currently playing track, while choosing the mail icon will open a bubble containing messages you haven’t read yet. It just makes navigating these menus more difficult than it needs to be when I have to remember the different ways to select things in each of them.

Overall, I’m extremely interested to see where Syntherapy takes its concepts. I enjoyed games like 2064: Read Only Memories or NieR Automata’s takes on the AI question, and combining that with the little discussed (in games at least) issue of mental health seems like a natural fit. While the visual style may put some people off and the UI is more difficult to use than it should be, I would recommend checking out the Steam demo because this has a lot of potential to go somewhere special.