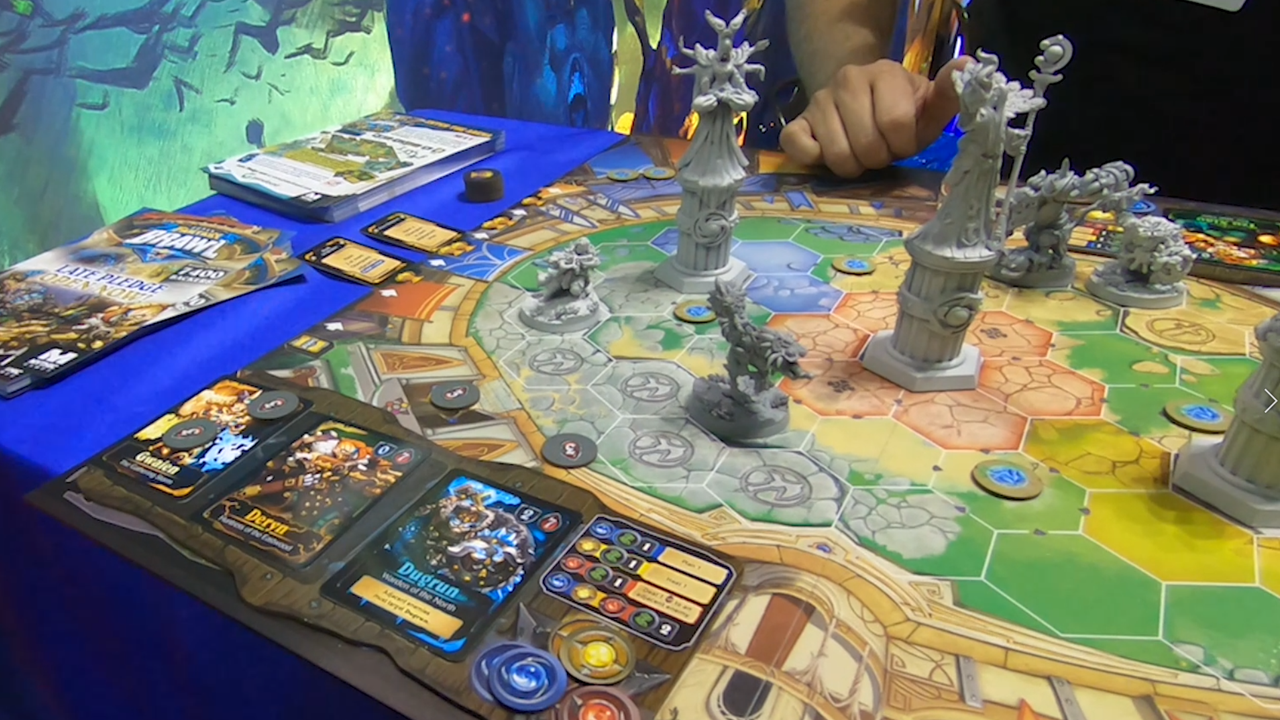 Mythic Games knows how to make miniatures games. They have had several successful Kickstarter campaigns including Solomon Kane, Reichbusters, and Joan of Arc. They are entering new territory with Super Fantasy Brawl, a fast-paced arena strategy brawler. The game comes with fantastic looking figures, but it includes variety in which three fighters you bring into the arena. Winning is based on points, which can be completed by knocking out the enemy players and completing objectives. Be sure to check out what Mythic had to say about the game at Gen Con. They ran a successful Kickstarter campaign for the game, but if you like what you see there’s still time to late pledge to get the game.