Roll dice, cheer, and share a beer as a dwarf in Dice Miner now on Kickstarter 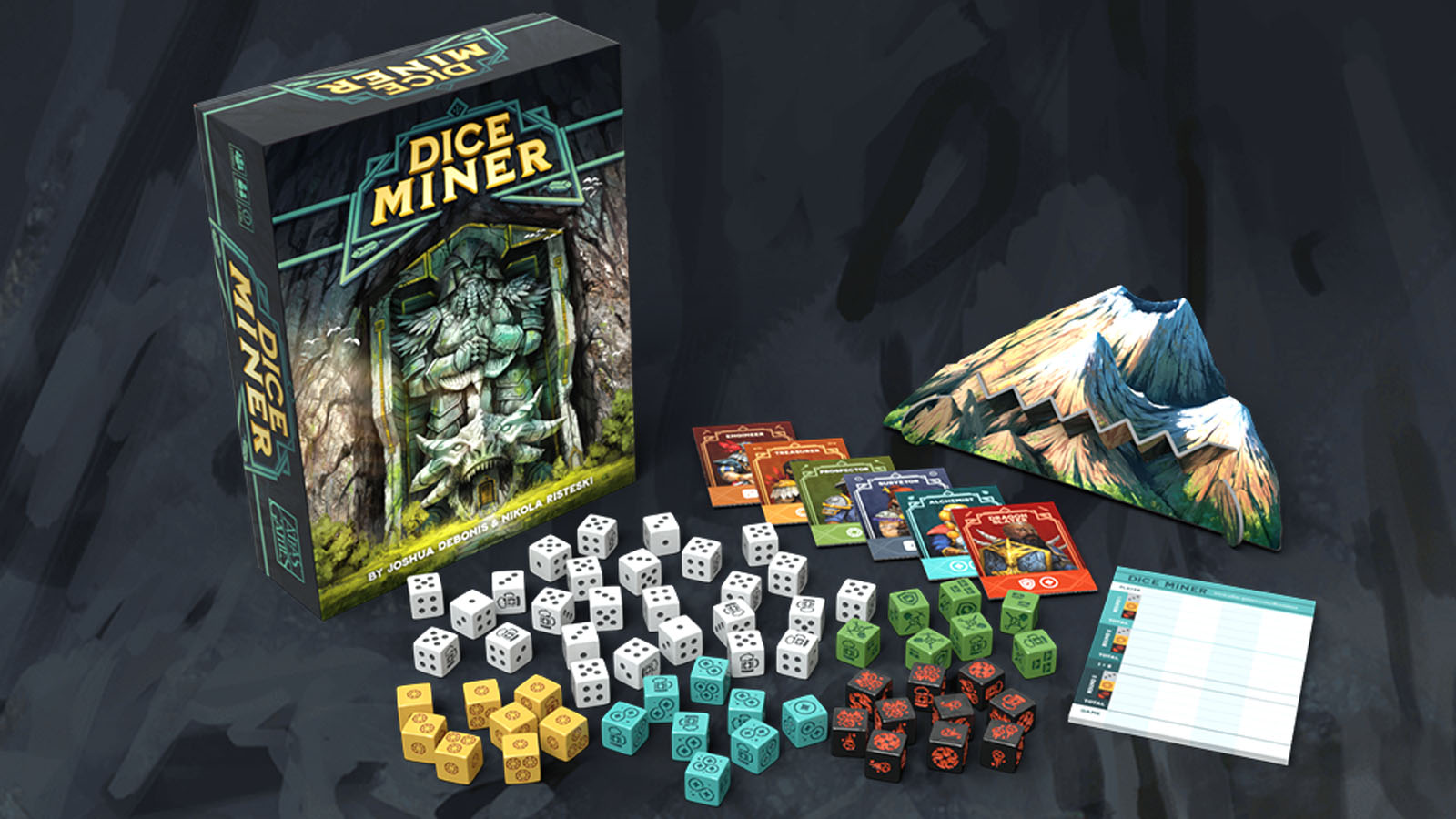 Atlas Games is excited to announce the launch of their newest Kickstarter campaign for Dice Miner, a new dice-drafting board game from designers Joshua Debonis and Nikola Risteski. This campaign will run through June 23rd and offers beautiful dice, your own mountain, and gives backers the opportunity to get a Kickstarter deluxe edition with even more.

Dice Miner is a dice-drafting game featuring custom, engraved dice and a three-dimensional mountain game board. Players score by amassing the largest number of points in three rounds of drafting.

“If you believe that games should have dwarves, that dwarves should roll dice, and that true camaraderie is hollering “Cheers!” and sharing a beer, then Dice Miner is for you,” says Dice Miner producer and Atlas Games Chief Operating Office Jeff Tidball. “Dice Miner has just the right amount of push-your-luck and combo-scoring. And the mountain component makes it unlike any other dice game out there.”

Playing Dice Miner is straightforward but player strategy is deep. In each of three rounds, twenty custom dice are rolled onto a unique three-dimensional mountain component. The mountain’s design serves to direct the dice into the appropriate slots, and to help players determine what draft picks are legal in the game. Players then draft the dice they need to clear tunnels, harness magic, and savor cheering Dwarven beer. Scores are tallied once per round, then each player’s dice are re-rolled and the mountain is refilled. After three rounds, the player who has amassed the most points is the winner.

If this game looks interesting to you make sure to check it out before the campaign is over and stay tuned to Gaming Trend for all your tabletop news.