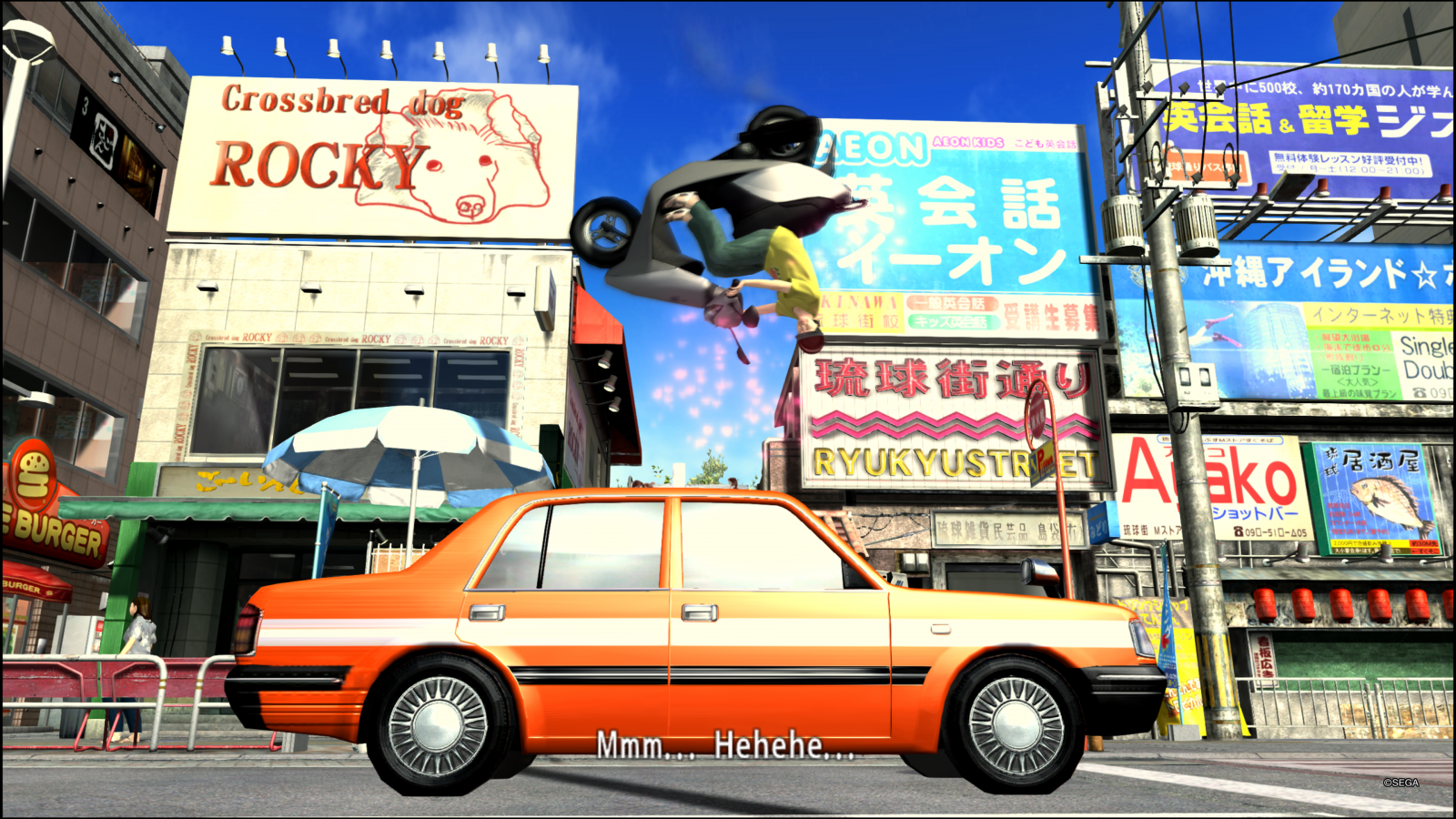 The story of Kazuma Kiryu has come to an end. Now with the enhanced re-releases of the PlayStation 3 trilogy, it’s possible to play through all of his trials and tribulations on PS4. Since Yakuza 0 was so successful it essentially launched the series into the mainstream, there will be a lot of people playing these games for the first time after the Kiwami remakes of 1 and 2. For this remastered collection, in addition to the expected graphical updates, Sega has gone the extra mile and relocalized all three games. Removed or cut content has been reintroduced, homophobic and transphobic side stories have been completely rewritten or removed in keeping with the series’ spirit, and a limited physical release includes a PS3 case to complete your Yakuza collection. As a longtime fan of the series, it’s wonderful to see it finally get the treatment it deserves and attempt to rectify its past mistakes.

For those not in the know, the Yakuza series is like a soap opera with lots of muscle-bound men dramatically removing their shirts on rooftops to beat each other up over money, murders, territory, or just how much they respect one another that week. Each entry sees you playing as someone in or adjacent to Japan’s organized crime scene, usually Kazuma Kiryu, the nicest criminal you’ve ever seen, as a wonderfully told drama unfolds around them. You’ll brawl your way through hundreds of thugs on the streat while exploring the city which is filled with tons of things to do. Outside of the main story, you can help strangers in hilarious and wacky side stories. You may wonder how the game’s juggle this constant shift in tone depending on the player’s whims, I am also wondering the same thing. I’ve played almost every mainline game and I still don’t understand how they can juggle these tonal shifts so well. So, now that we’re all caught up, let’s get into what each entry in this remastered trilogy has to offer. 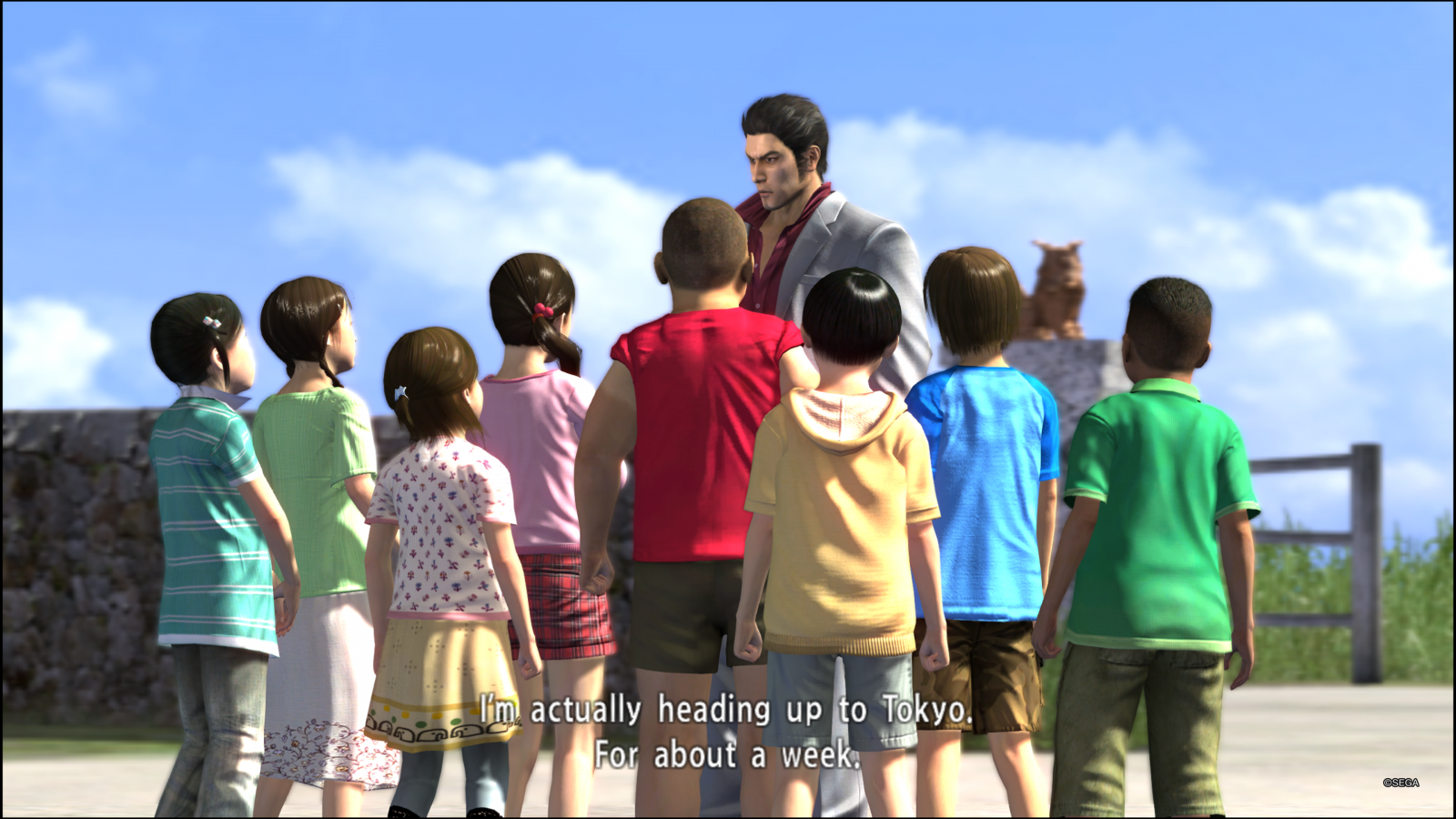 Yakuza 3 — Think of the orphans!

The first HD entry in the mainline series sees Kiryu, having left the organized crime life behind, raising his adoptive daughter Haruka along with several other orphans in Okinawa. He’s made a new life for himself after establishing the Morning Glory Orphanage. That is, until the Dragon of Dojima is called back into action after the attempted assassinations of two prominent Yakuza leaders by a man who looks exactly like his late father. After various events, Kiryu travels back to Kamurocho to find the attacker, and along the way uncovers a plot to betray the Tojo Clan chairman… I won’t say more than that, because the story of each Yakuza game is excellent in its soap opera melodrama, and 3 is no exception.

Overall, however, it’s one of the weakest entries in the series in my opinion. The plot is poorly paced, combat isn’t as deep or well animated as future games, it’s also one of the shortest of the franchise, clocking in at around 20 hours for the main story as opposed to the usual 25 to 40. I found that out of the three games in this package, it recieved the least amount of graphical upgrades; it still runs at a constant 1080p resolution and 60 frames per second, but textures still look muddy from most distances, pre-rendered cutscenes are extremely blurry, and animations can look stiff and lifeless. There is also a strange issue with some real time cutscenes with the lighting being cut off in the corner of the screen. These are minor complaints though, as it’s still a fantastic, fun, and quirky game. Yakuza 3 may not have the polish every other PS4 entry has, but it’s definitely worth your time if you’re a fan or just want to continue the story after Kiwami 2. 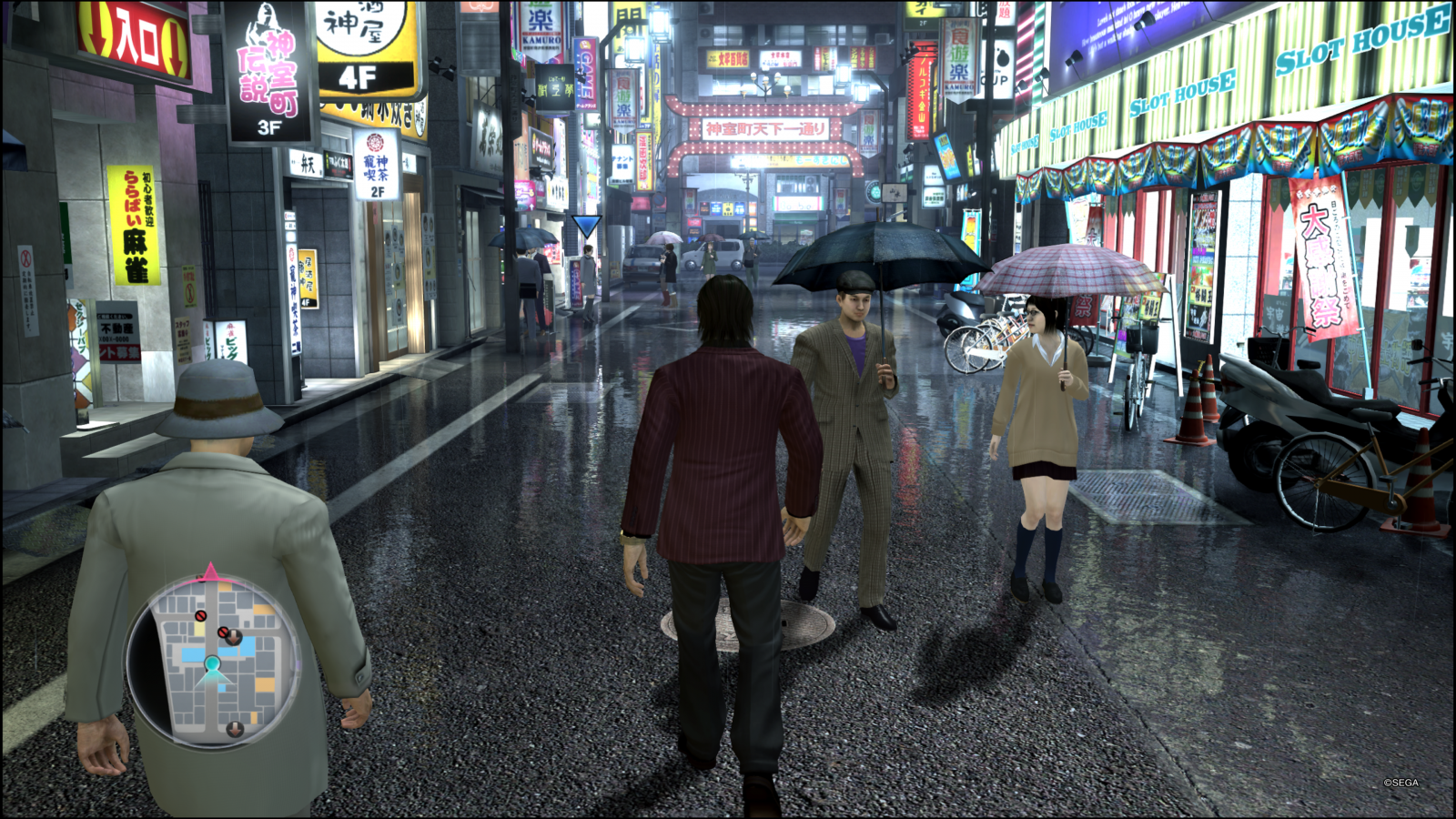 In addition to continuing the former fourth chairman’s story, Yakuza 4 follows three new protagonists: Shun Akiyama, a loan shark; Taiga Saejima, fan favorite Goro Majima’s blood brother recently released from prison after 18 counts of murder; and Detective Masayoshi Tanimura, a corrupt cop with a heart of gold. The story is divided into 5 parts including the finale, each part featuring a different protagonist. The game takes place once again in Kamurocho, but for the first time since Yakuza 1 does not feature an additional district of Tokyo or other city to explore. However, Kamurocho has been slightly expanded to make up for this.

As you can tell from the above paragraph, Yakuza 4 went a slightly different direction: Kiryu really isn’t the focus here (he’s only in about half the game). Instead, the game chooses to tell four smaller stories that all connect towards the end. This was my first Yakuza game, and it serves as an OK starting point if you don’t want to start with the prequel 0, which you really should. This is where the combat started getting really good, with some brutal Heat Action moves and smooth combos. Those three new protagonists are very memorable as well, and it’s especially hard not to love Akiyama and his literal rags to riches backstory following the events of the first game. All in all, another fantastic entry in a series filled with them. 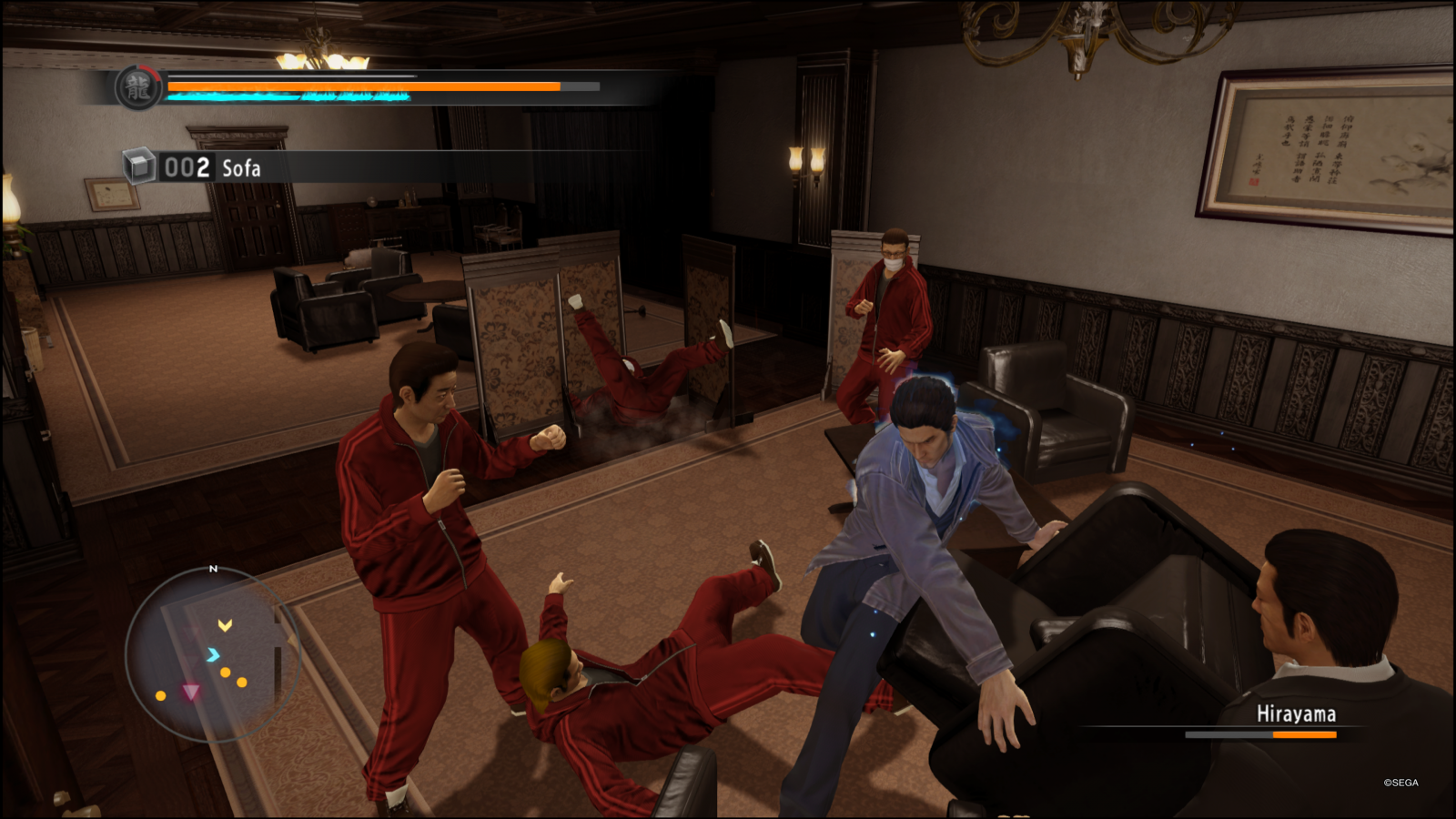 Yakuza 5 – The end draws near

Yakuza 5 follows three returning protagonists as well as one new protagonist. You’ll start as Kiryu, now working as a cab driver under an alias in Fukuoka’s Nagasugai district to financially support the Morning Glory orphanage. Once again, he’s roped into some Yakuza business he’s desperately been trying to get away from. Akiyama and Saejima return as well, along with the addition of Kiryu’s daughter Haruka, now all grown up, as she tries to jump start her career as an Idol. You’ll once again be exploring Kamurocho, but with a whopping four additional locations. I’ve already mentioned Fukuoka, but you can also visit Sotenbori, Tsukimino, and Kineicho. I don’t want to spoil too much, so I’ll refrain from providing additional details, but just know that this is the biggest and most detailed game in the series yet. There’s tons and tons of stuff to do, like playing an arcade version of Taiko Drum Master or Virtua Fighter 5, reading magazines and manga, and that’s not even mentioning the main story which is the longest it’s ever been. Seriously, this game is gigantic, and it improves upon everything you’ve come to love so far. If you play any game in this remastered collection, make it this one.