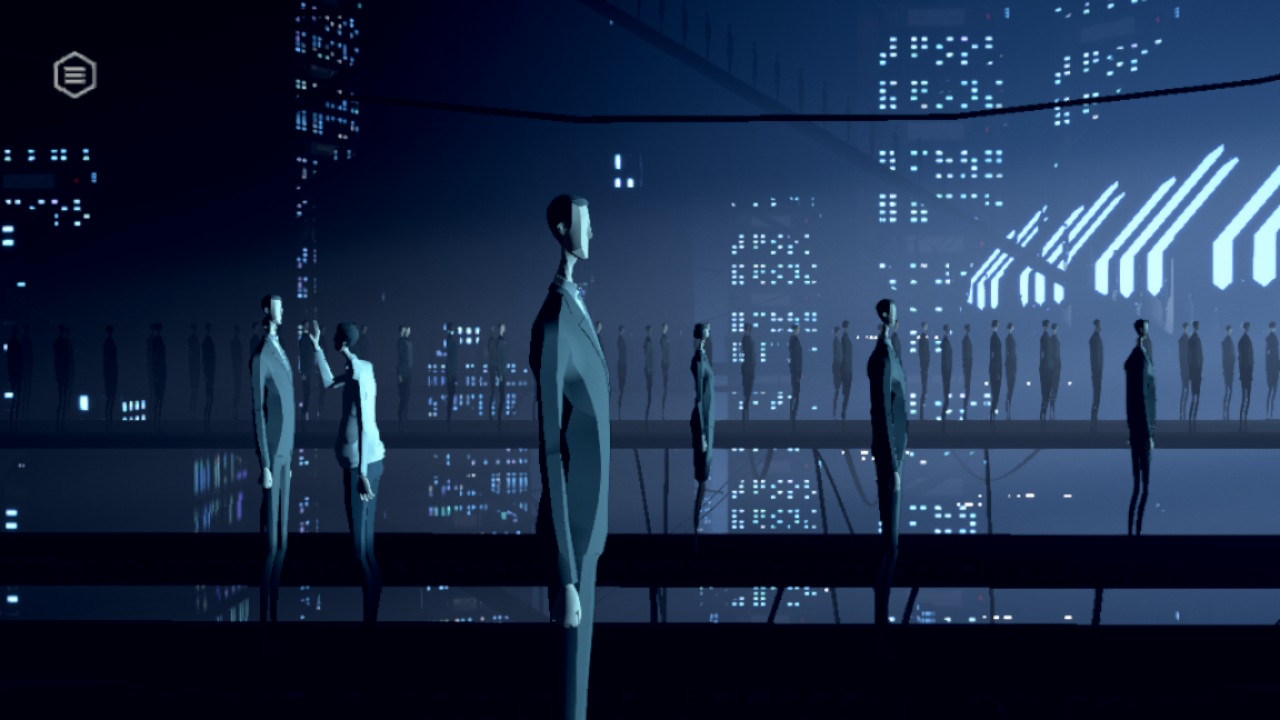 I’ve been obsessed with Mosaic since I first got to explore the demo in June of last year. This low poly, high style indie spoke about depression, monotony, and burnout in such a subdued, skillful way that it called to memories of some of my darkest days in a haunting and powerful way. Dread built up in my chest as I slowly dragged my character to sit upright in bed, feeling the weight of the simple action, feeling how had he had to struggle against the weight of the world, just to face the day. When Mosaic finally landed on my Switch, I opened it with a surprising amount of trepidation, excited for what I would learn from the experience, while worrying about what impacts it might have on my mood.

Mosaic is, at its best, an aptly named depression simulator featuring a character who floats through life, so burnt out and so lost in the monotony of the routine that his day comes to him in flashes, a mosaic of events, rather than a coherent timeline. It’s lovingly and artfully crafted, and brought back shockingly vivid memories of when I felt like a shell of a person, ghosting my way through seemingly endless workweeks on autopilot. It punctuates this miserable existence with poignant moments of light, inspiration, imagination and hope, as well as darker moments of seeming paranoia, as the character finds glimpses of what seems to be an artificial intelligence intent on destroying all things which make us truly human. 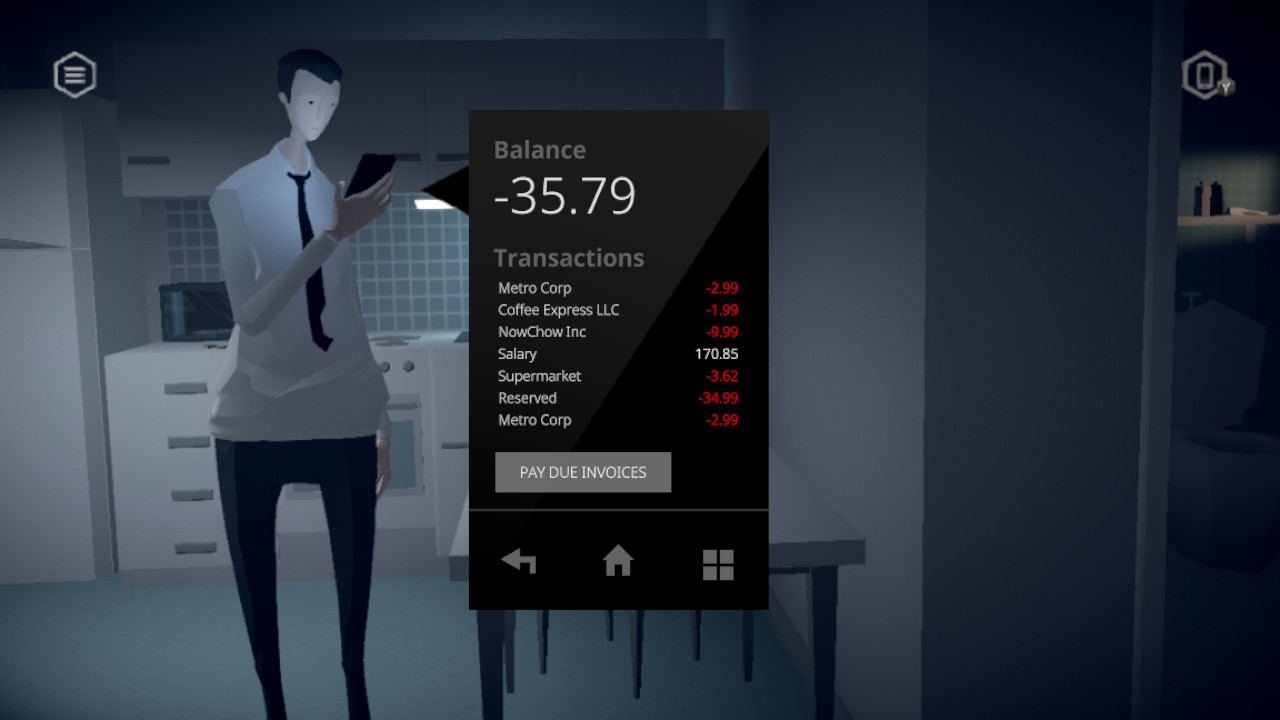 While this narrative is strong, not every aspect of the game shines quite as brightly. Mechanics, at some points, are so unclear that I had to turn to the Internet, looking at videos and walkthroughs to understand what was supposed to be accomplished with the strange set of tools I found myself manipulating. Even having played through the game three times and watched the playthroughs of two other people, I still am unsure how to activate a ‘loophole’ mechanic inside the job minigame.

At my most cynical, I would describe parts of Mosaic as a walking sim, as the game is determined to get you to the ending, when it really could have been more powerful (and utterly soul-crushing) if it allowed you to fail. As the game progresses, your phone, ever present, ever distracting, if you allow it to be, sends you reminders from the company that your job will be up for termination if you are late four more times… three more times… two more times… I expected the game to penalize me if I took the time to explore, to show up to work late because I took time to find the inspiration which would get me through the day. I wanted to try and find that balance between going straight to work and being on time versus taking the time to pet a stray cat, day dream about a butterfly, or listen to a street musician. This is not the case; you are late to work no matter if you explore or not, and the game will force you to find the important moments of inspiration, allowing you to progress. 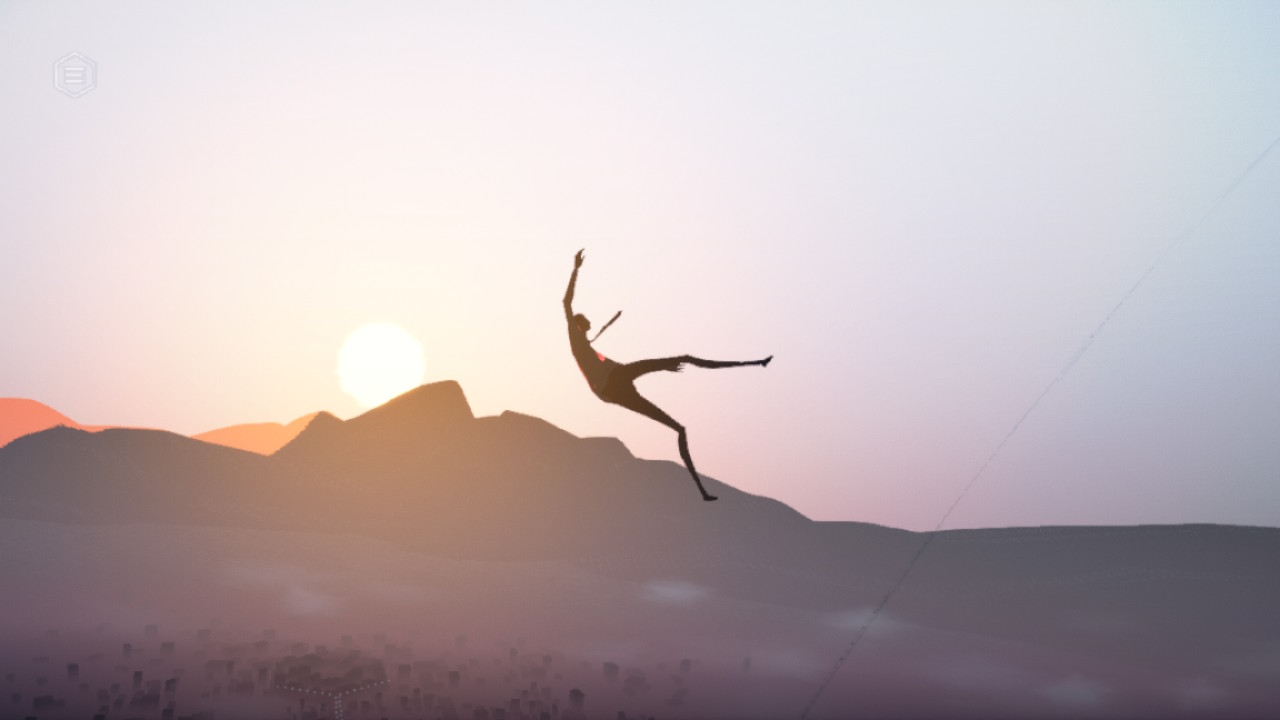 That said, the imagery in the game is poignant. From falling into a great body of water, swimming to the surface without being entirely sure which way is up, to rows upon rows of suit-clad figures staring silently at the glowing monitors at work. It’s brilliant, and strangely powerful with just the right combination of whimsy and soul-crushing. Your desire for human connection is severed.
I remember sucking in a breath as I stood in an elevator, a man to my right, a woman to my left. Any time I looked towards them, they would recoil, looking away or burying their attention in their phones. Upon downloading a dating app and answering “I am a woman,” I was immediately told “You will be paired with a man.” No choice. No browsing. No room for me to be an individual. Everything is binary. You will be assigned, you will reach the milestone, and you will send in your report.

Mornings in the game are the worst, in the best possible way. You lean over the sink, having just brushed your teeth, in the dim light of your spartan bathroom as the music swells. It’s haunting, crushing. And then a goldfish appears in the sink, chatting cheerfully with you. Will you tuck it into your pocket, inviting imagination and adventure into your day, or will you flush it down the toilet, focus on your career, and trudge to the office? Will you be haunted by the decision to offer your umbrella to a drenched, half-visible homeless man in the alley, or will you simply trudge past, because you are so lost in your own misery that you don’t even notice the rain pelting your hair? Will you keep up appearances, or slap yourself away and wander to work with your hair and tie disheveled? Most importantly, how do you break this cycle, and find joy and connection? 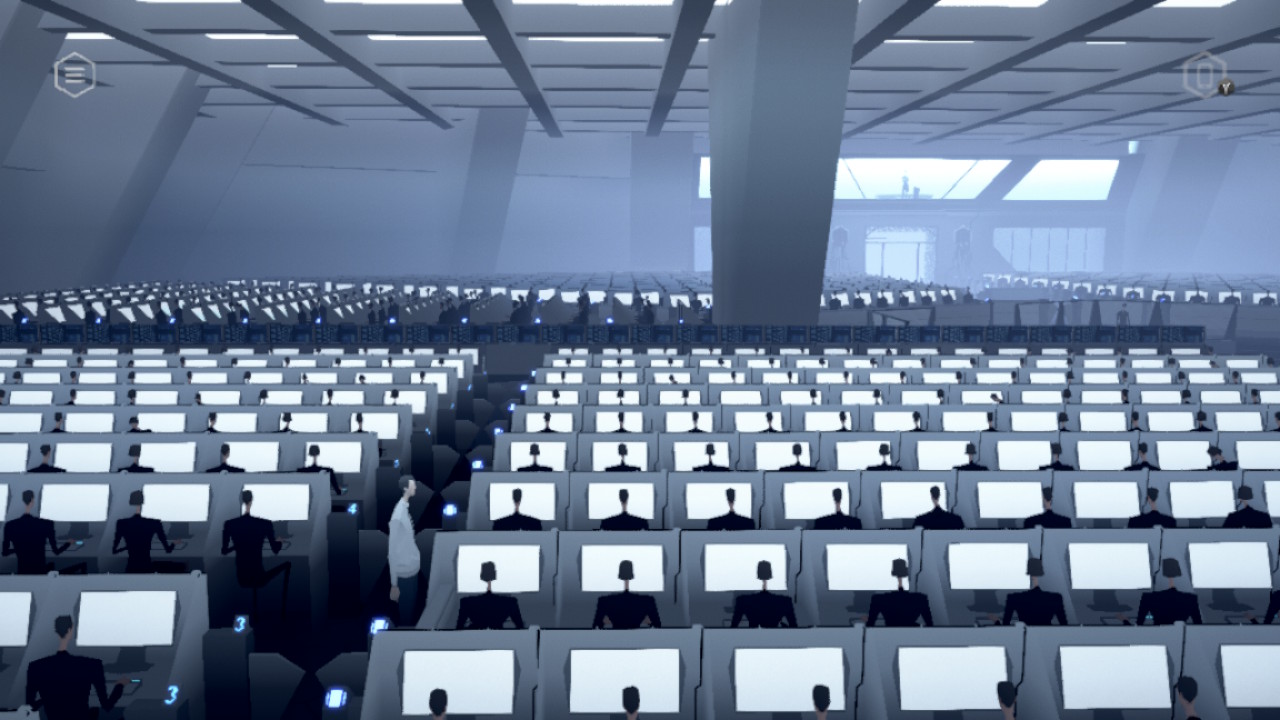 Mosaic offers an idea in answer to this question, though not necessarily a true solution. It’s easy to complete in one or two sessions, and offers an excellent window into your own soul. It’s one of those games that challenges you to confront yourself, your relationship with your job, and see if you need to re prioritize things in your life. As poignant as Mosaic is, the Switch port does suffer from some snags. I experienced fairly frequent framerate drops, both in docked and hand-held mode, which often left me confused as to if I had slipped into a cut scene or not. That said, these blips were absolutely worth being able to play this game while curled up in my own bed, with the lights off, as I confronted the demons of my past, taking comfort in how far I have come since I last felt this way.