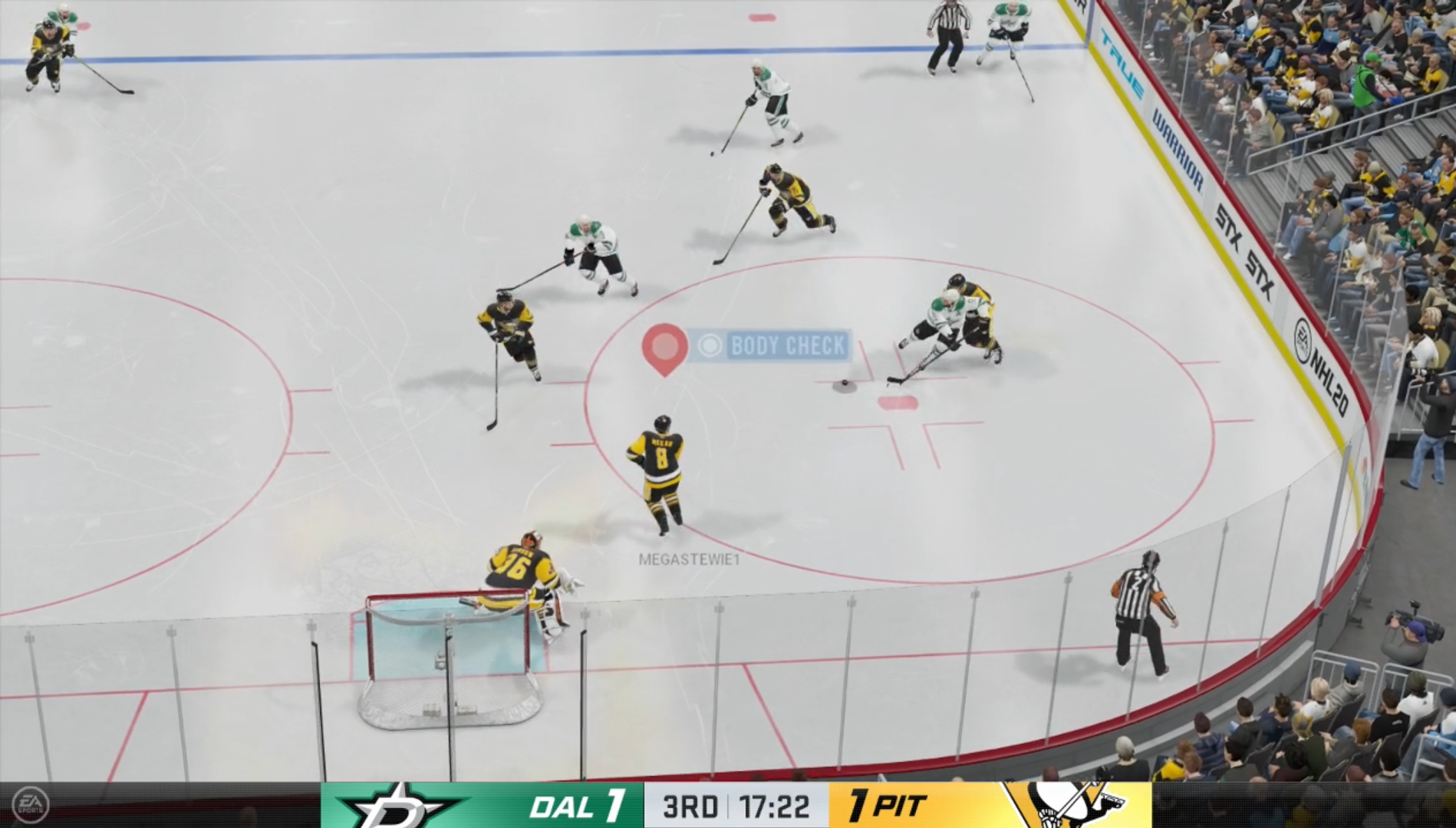 Sports have had a huge following for years, even making their way to the video game format. Whether it be football, baseball, basketball, tennis, or hockey, you’ve got avenues to experience them in person and digitally. Franchises have spawned from this, and one such example is NHL 20, the latest entry in the NHL series. With smooth gameplay, plenty of modes, and skills to master, fans of hockey will have more than enough to keep them occupied for hours and hours.

NHL 20 starts off with the option to learn and practice in tutorial modes, which I highly recommend for anyone who hasn’t played one of these games before (like myself). They help you get a handle on the controls and teach you some maneuvers and skills that will help you out in your later games. You’ll learn how to aim your shots, perform slap shots, dekes, poke check, body slam, and much more. There are many things you wouldn’t have known how to do without taking a stroll through the tutorials. You don’t have to stay long, but the time is worth it.

The gameplay itself is very smooth and fluid. I never really had any issues with players not performing the actions I had input or having too much delay. The closest to that is when another player would intercept or interrupt my actions, but that makes sense. Graphically, the players and arenas look good, and the soundtrack is pretty neat as well. The music on the menus is refreshing and the sound design during games feels natural, as if you were watching an actual hockey game. 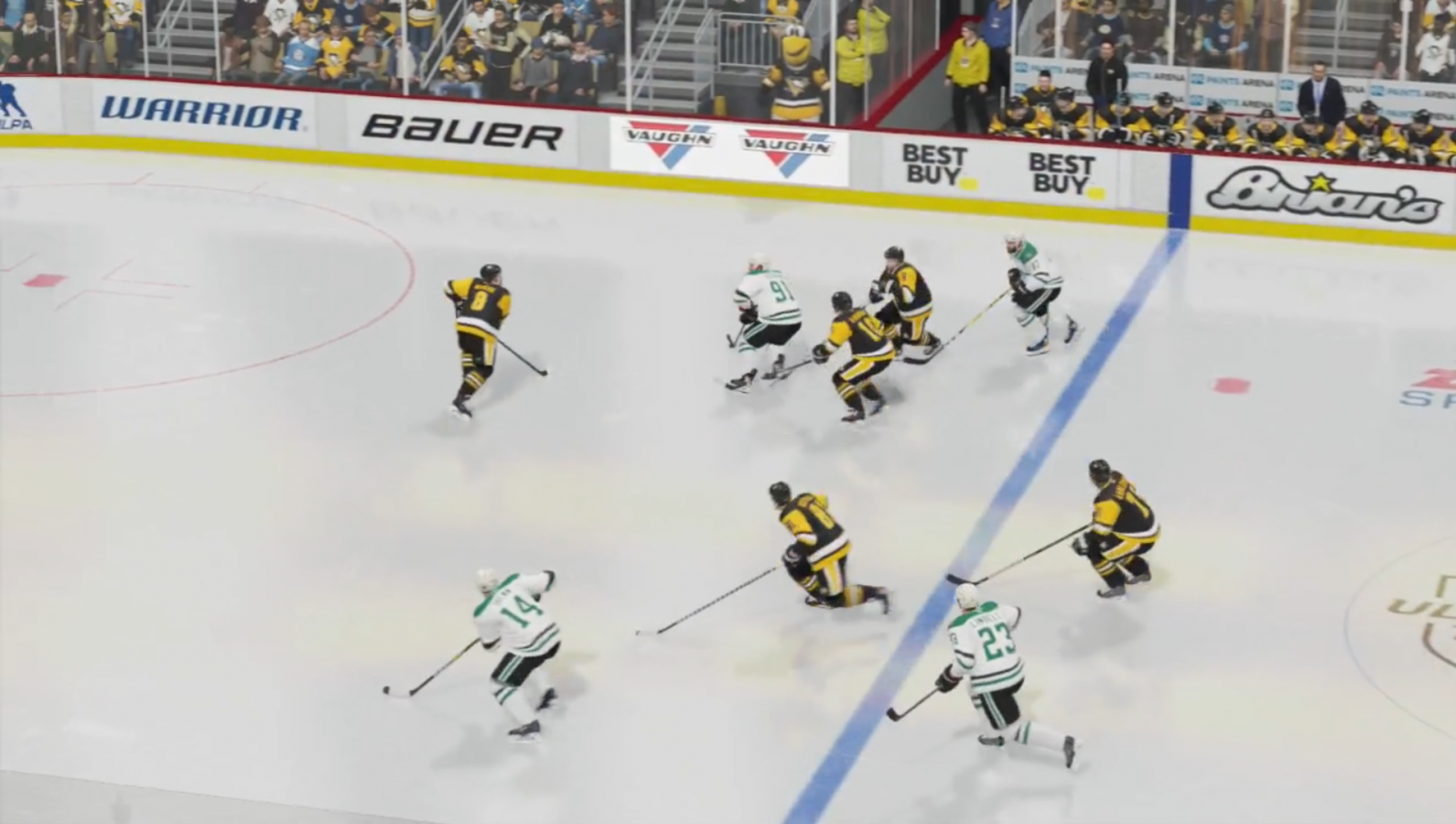 As mentioned before, there are plenty of modes and things to do. You have franchise mode, hockey ultimate team, champions hockey league, training and practice, NHL threes, be a pro career, world of CHEL, playoff mode, ones now, online versus, season mode, draft champions, and shootout mode. Several modes are essentially the same thing as one another, with slight differences, but there’s still a fair amount to do.

Franchise mode, season mode, and be a pro career let you play through matches as you attempt to grow and further the fame of either an entire team or a custom player. Franchise and season modes let you take control of a well-known team and face off against other teams to prove that you are the best. In season, you can perform actions in-between games, such as trading players, signing on free agents, checking on injured players, and more. It gives you a bit more to do, if you like extra management activities that is. Be a pro career has you create a character and follow them as they get drafted into a team and prove their worth during their career. You can choose to play in a drafting game in order to show off your talent and figure which team wants you, or you can opt to pick the team you want to be a part of immediately.

Champions hockey league and playoff mode are both tournament type modes. Champions gives you a list of teams to choose and place into the tournament, then enters you in it to try and take the gold. Playoff mode is similar, but lets you choose the number of teams, the type of tournament (such as single elimination, best of 3, 5, or 7, etc), and other rule settings. I like playoff mode more because you have control over the requirements to win, so if you want “one-shot” games or prefer safety nets, you can change the tournament type. 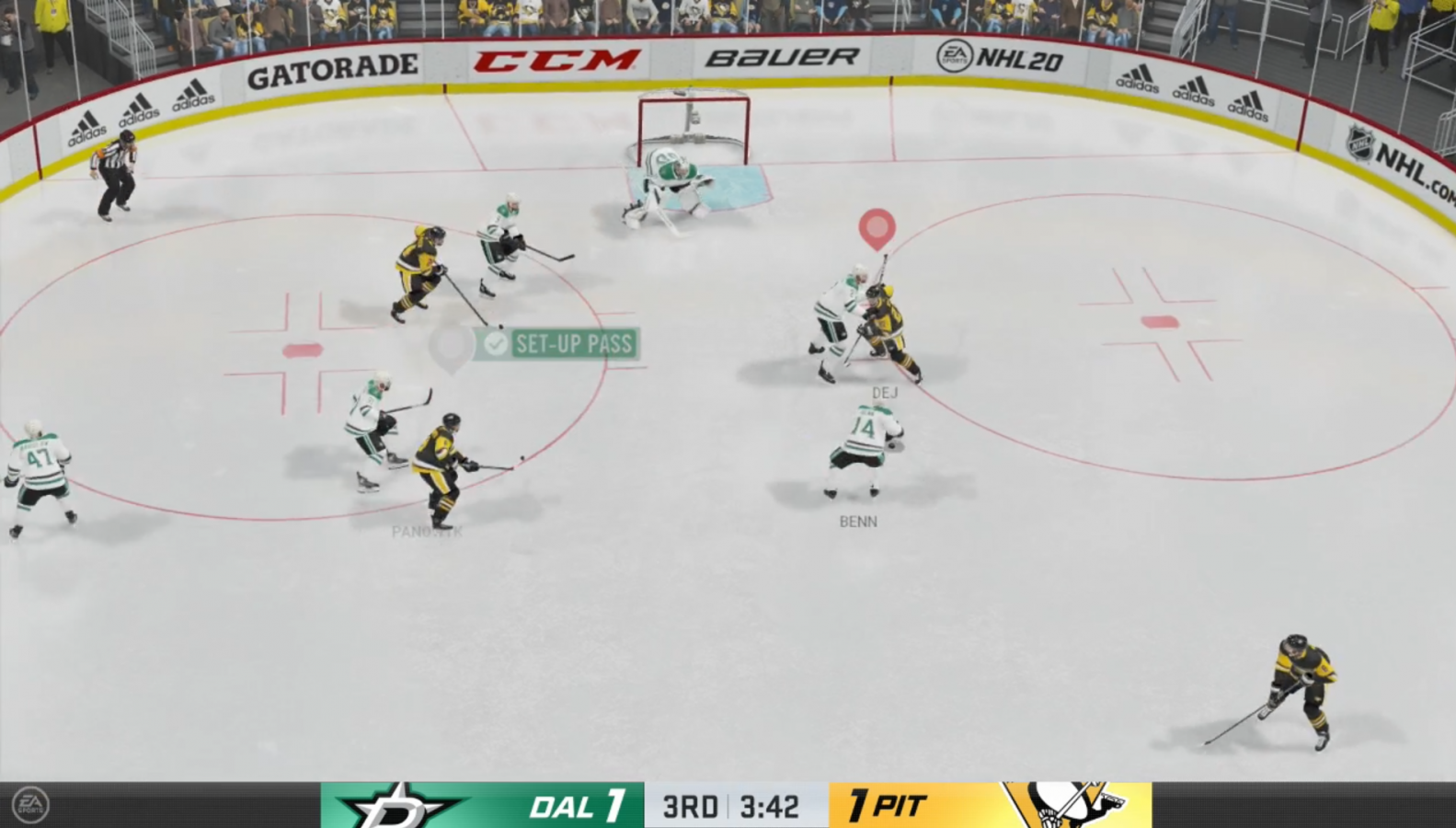 Draft champions and hockey ultimate team are connected because draft champions is the precursor to ultimate team. You get a bunch of player card packs opened, but you can only pick one player from each pack to add to your team. This requires you to look over each player and decide who best fits what you’re looking for. You’ll be making a custom team entirely from scratch, so think carefully. There is some luck involved because the players that appear and what order they appear in is random. Sometimes you may have to give up on one good player for another. Ultimate team tests your ability to succeed with a custom team. This is similar to the ultimate team modes from games like FIFA, so if you’re a fan of that experience, then you’ll feel right at home here. You can use in-game coins to buy players from auctions or even sell them to other players, all in the attempt to make your dream team.

Ones now, NHL threes, online versus, and world of CHEL are all other variations of just hopping into games to play. Ones now is one of the most interesting modes to me. You and two AI face off in a 1v1v1 match where you all attempt to score goals on a goalie in half an arena. It’s different because you have less area to move in and also are fighting to attack the same goal. NHL threes lets you take part in 3v3 matches with either AI or against other players online. Online versus is your standard online mode where you face off against other players with full teams. You can play in competitive or casual filters, which is nice for people who want to play for fun rather than trying to always win. I’m more on the casual side, so that’s where I tended to reside. Speaking of online, it didn’t take too long to find matches and I had very few connection issues. I only experienced a few little jumps in movement, but nothing that took me out of the experience entirely. World of CHEL is a collection of other modes such as a 1v1v1 tournament, 3v3 modes, and more that reward you from completing certain objectives. You can get more coins, card packs, gear for your custom player, and so on. 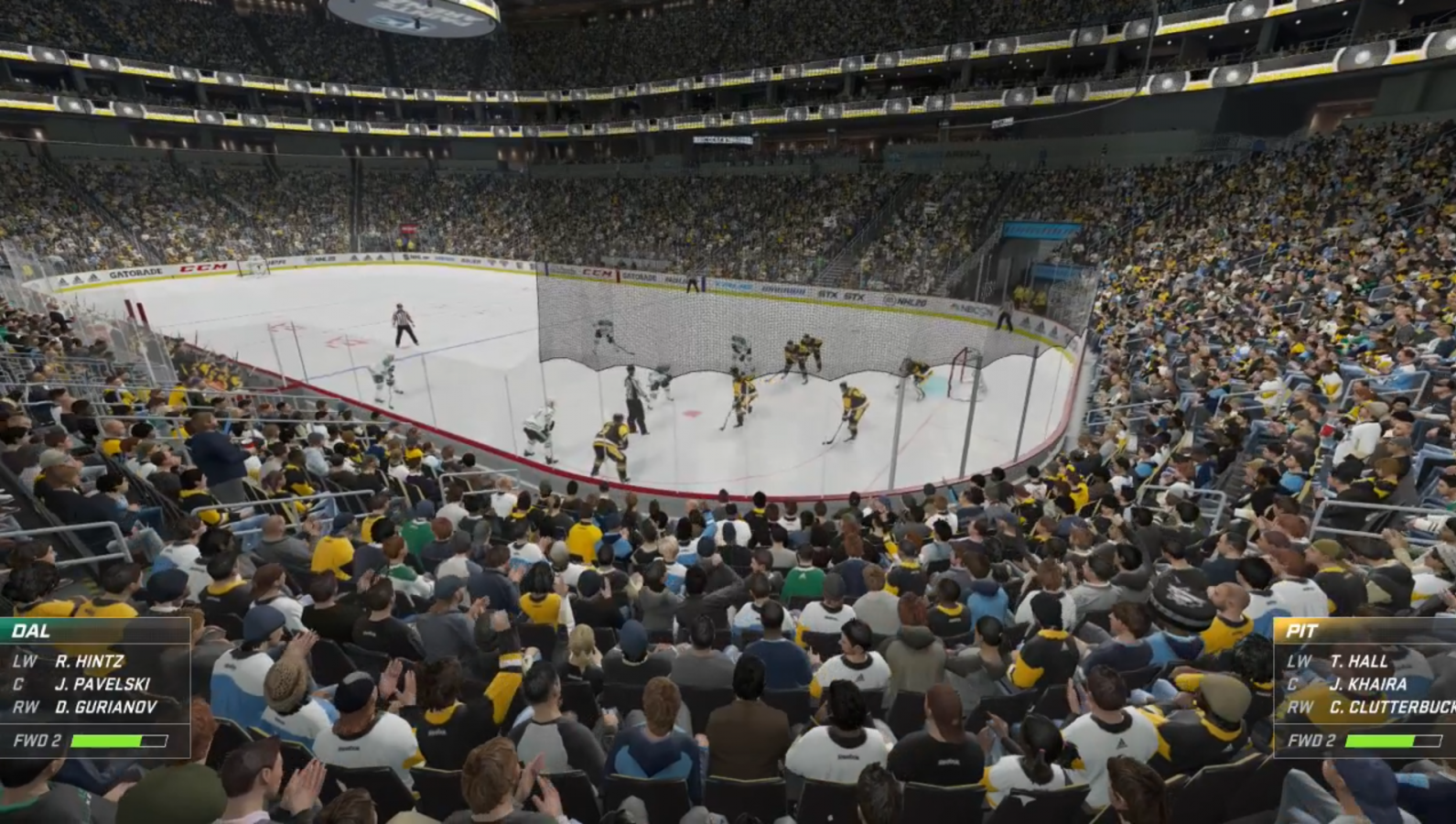 Training and practice is the best place for those who want to hone their skills without fear of getting wrecked during an actual game. All in all, you have plenty of modes to take part in if you don’t want to get off the ice. Whether you opt to stay offline and take on AI or decide to test your skills against other players, you have a lot to choose from. The game gets as repetitive as any other sports game, so take that as you wish. For some, it isn’t a problem, but for others, it may start to bore you. Even so, NHL 20 is a great addition to the NHL franchise. The variety of game modes, the fluid, easy to learn but hard to master gameplay, and the realistic aesthetics make this a good choice for hockey fans. If you’re ready to score, get on that ice and show them that it’s not just luck, it’s skill.