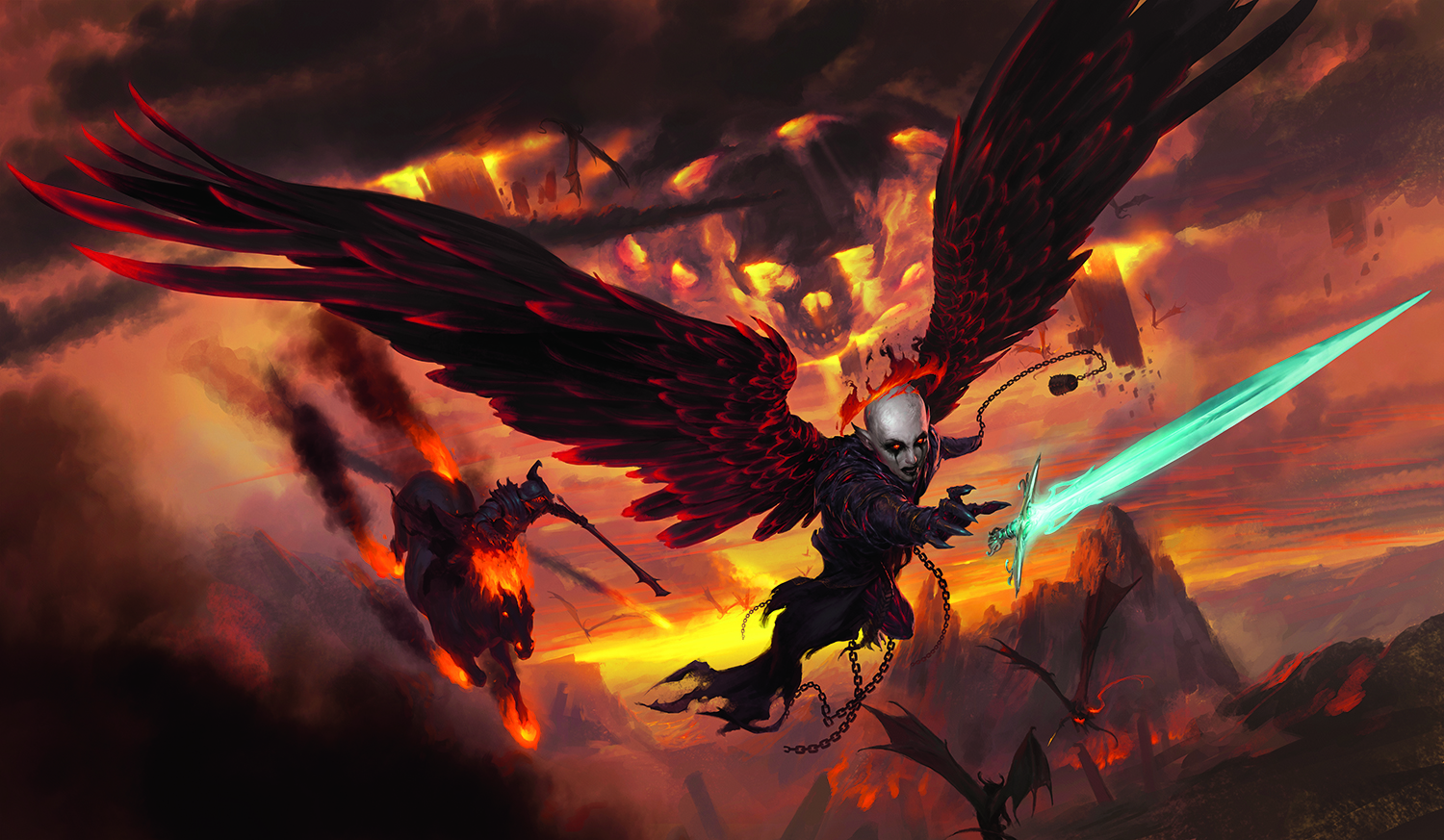 The newest Dungeons & Dragons adventure book takes players (level 1 to 13) from Baldur’s Gate to Avernus, the first layer of the Nine Hells. Players become embroiled in a plot that sprawls from the shadows of Baldur’s Gate to the front lines of the planes-spanning Blood War! Do players have what it takes to turn infernal war machines and nefarious contracts against the archdevil Zariel and her diabolical hordes? And can they ever hope to find their way home safely when pitted against the infinite evils of the Nine Hells?

Baldur’s Gate: Descent Into Avernus also introduces the infernal war machines — battle-ready vehicles for use in the Blood War between devils and demons. Players can customize these engines of destruction to traverse the deadly depths of Avernus.

From the streets of Baldur’s Gate to the front lines of the Blood War, the dice you cast might be your last. The Dice & Miscellany set includes 11 dice, a dice tray/box, 20 double-sided cards with exclusive content, a foldout map of Avernus, and even a sizing chart for the demons and devils of the Blood War! 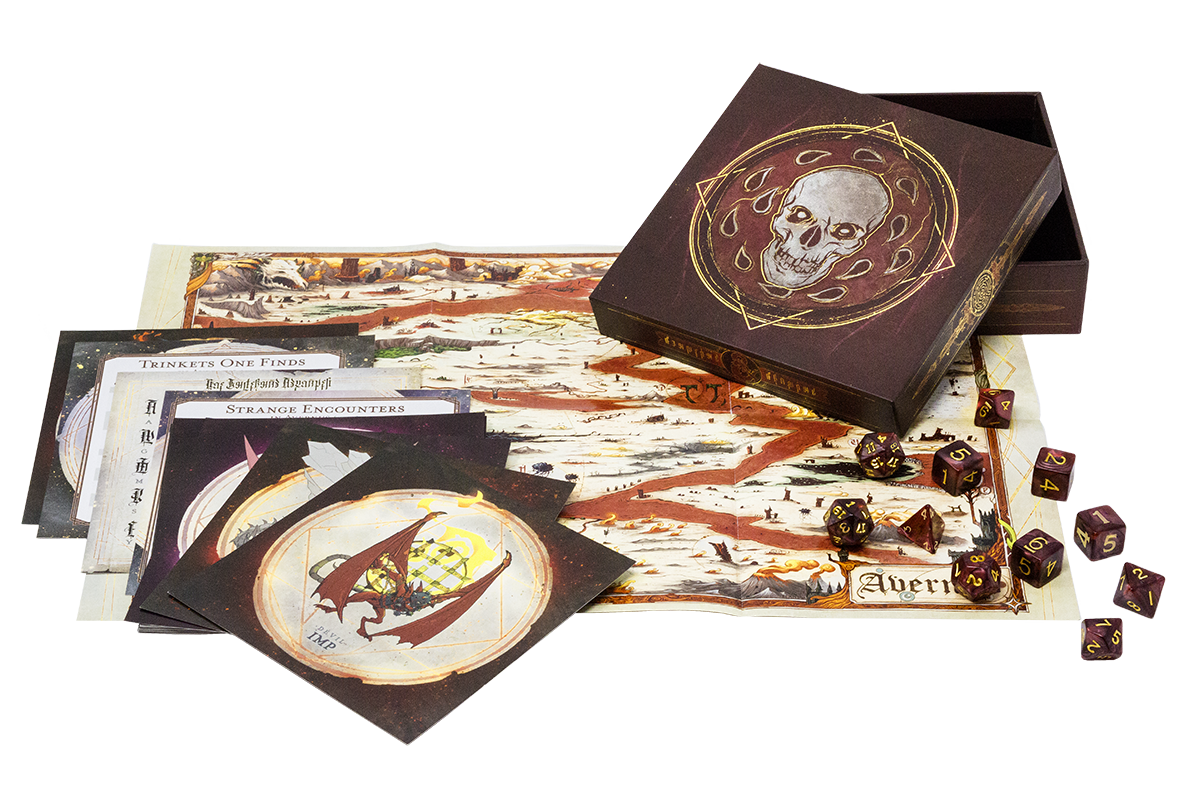