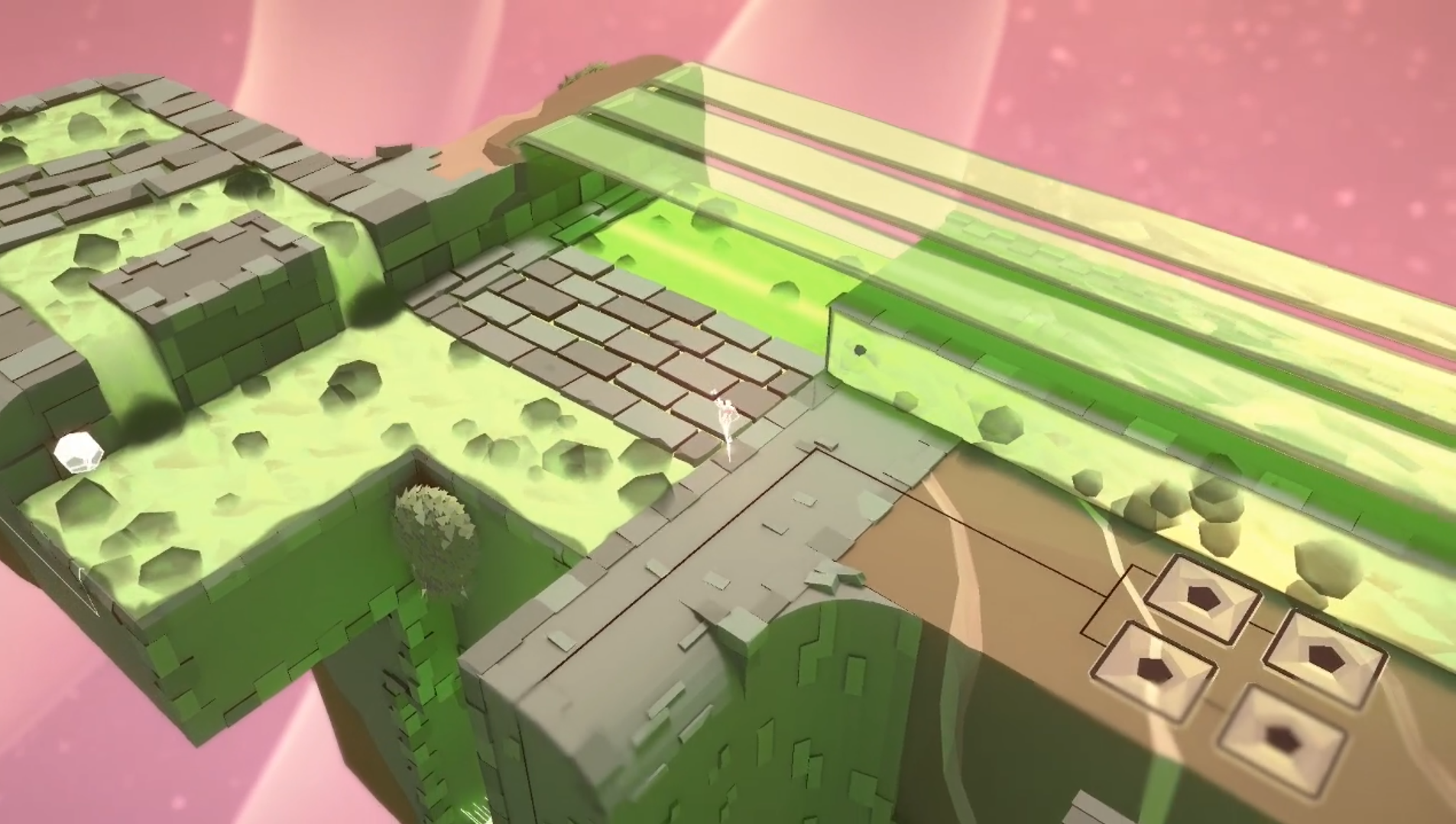 One of the coolest things in video games is when they take existing concepts and play with them. This could be whole genres, certain gameplay styles, or even just a simple mechanic tweak. Toying with the idea of gravity has always been fascinating to me, especially in puzzle games. Etherborn looked like it would satisfy that fascination with its gorgeous gravity-defying levels, and I was elated to know that my hunch was correct.

Etherborn’s story is simple yet shrouded in mystery. You are a nameless, featureless being that has only recently been created. You quickly hear a disembodied voice calling out to you, beckoning you to follow their voice. Your curiosity about who they are and what your purpose might be drives you forward to find them. This is where your journey begins. 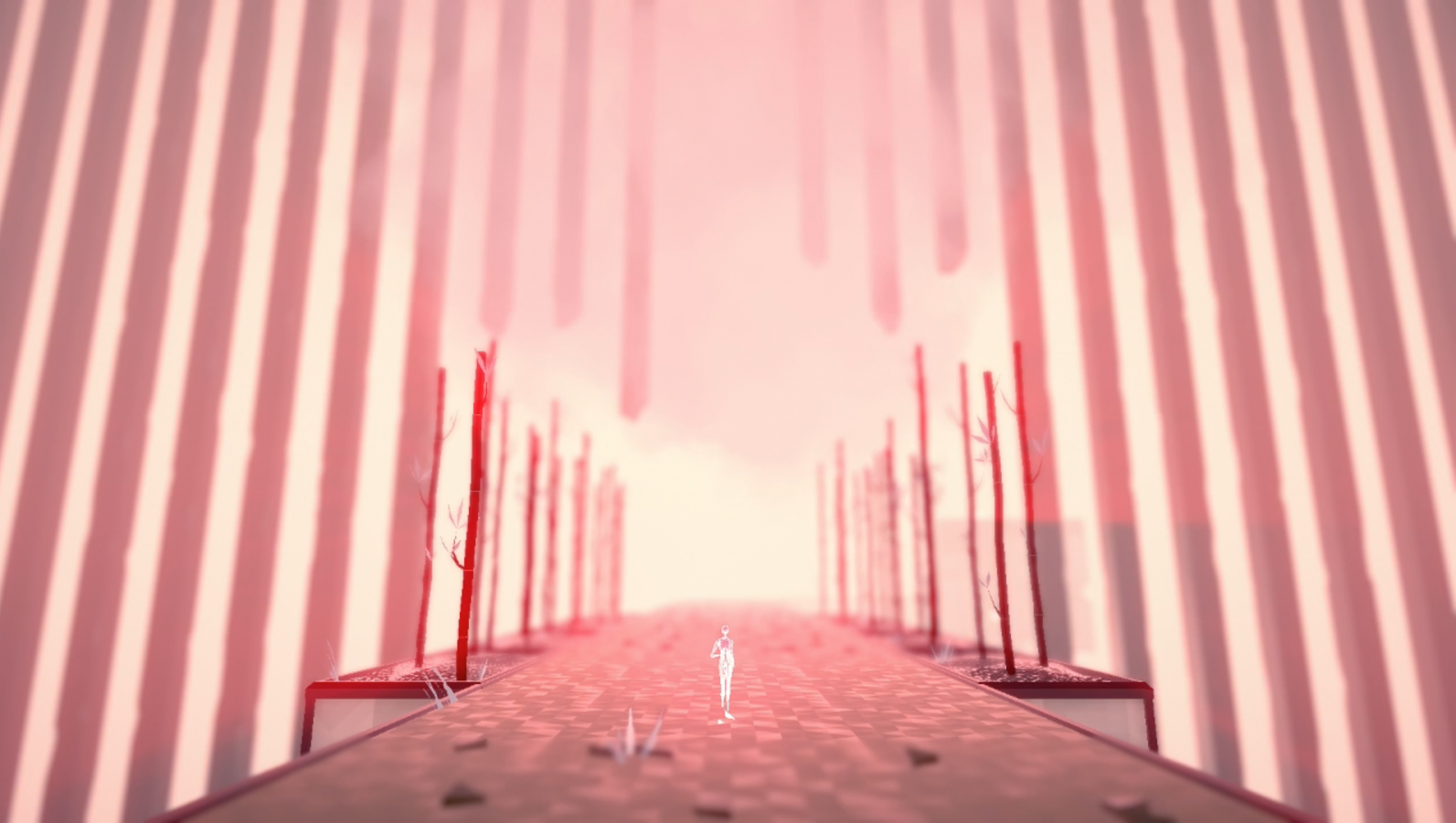 The level select menu is one of my favorites that I’ve seen in a while. As you play, you make your way along the path carved into the Endless Tree. This giant, magnificent tree is not only a sight to behold, but it feels perfect as a means to access levels in this world. The portals to the levels are placed along this path, but the only way to unveil more of the path is by beating the current level. Doing so marks the portal as complete, but you can still come back and play it by either walking to the portal or by pausing and going to the level select screen.

Speaking of levels, there are only five levels to the game. At first this may sound like you’ll beat the game very quickly, but that’s not the case. Depending on your affinity for puzzle solving and how difficult the levels themselves actually are, the game’s length will vary. Some levels can take only about ten minutes or so, while others may take up to an hour. Plus, after you beat the game, there’s a Game+ mode where you can replay the game with the white orbs placed in harder to reach or find locations(more on white orbs in a moment). Everything else remains the same, but the swapped locations surprisingly make the game more challenging than before. This mode is mostly for completionists who want all the trophies or those who want to experience the breath-taking levels with a tougher twist. 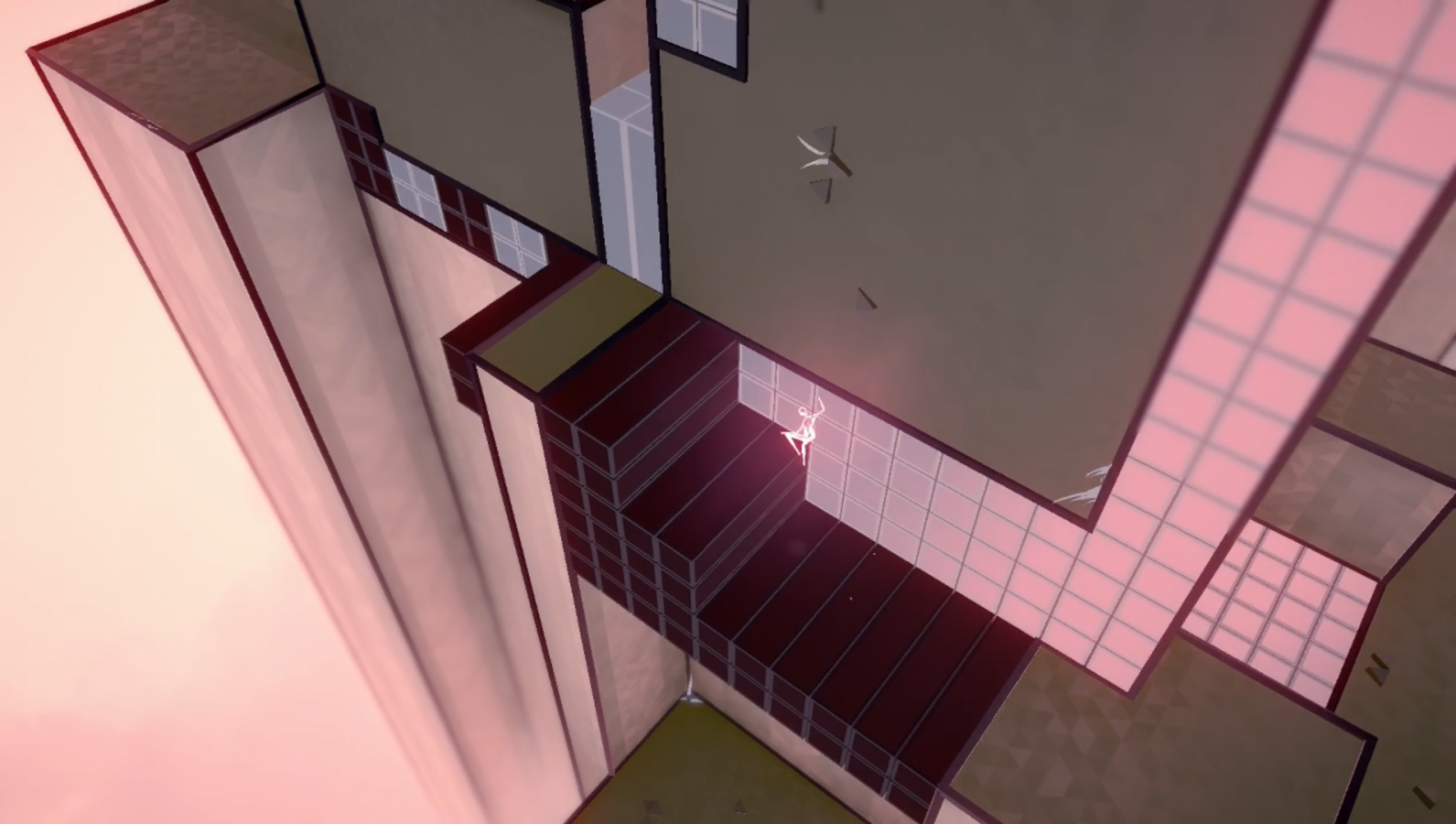 The gameplay itself consists of walking, running, jumping, and picking up and placing white orbs. Walking may be slower, but it gives you more time to take in the world around you and truly appreciate what the developers have crafted. I typically only ran when I was backtracking because I didn’t want to walk through the same areas multiple times in such a short time. In order to activate different mechanisms such as bridges, platforms, new landmasses, and so on, you need to find and collect white orbs. These orbs need to be placed into designated slots in order to trigger the devices. You can remove the orbs at any time if you need to place them somewhere else, but remember that the device will deactivate and whatever they affected will revert back to normal. This is actually necessary for some segments, but I won’t mention which ones to save the surprise.

The strongest appeal of this game is the way it plays with gravity. There are some surfaces with sloped sides that can be walked on. Moving across these slopes will let you continue to walk on a perpendicular surface without falling. These slopes act as a change in the gravitational pull, so what was once the wall might now be the floor. This opens up many possibilities of how you can traverse parts of the levels and determine the right way to solve the puzzles. Things become less linear and challenge you to think critically about the world around you. Thinking outside of the box is important and will help you progress. You may get stumped at some points, but figuring out the correct moves feels so satisfying. I felt proud when I pieced solutions together, but a bit disappointed when I got caught up on something dumb. It was less the design of the game and moreover me either forgetting something that I found earlier or just overlooking something simple. 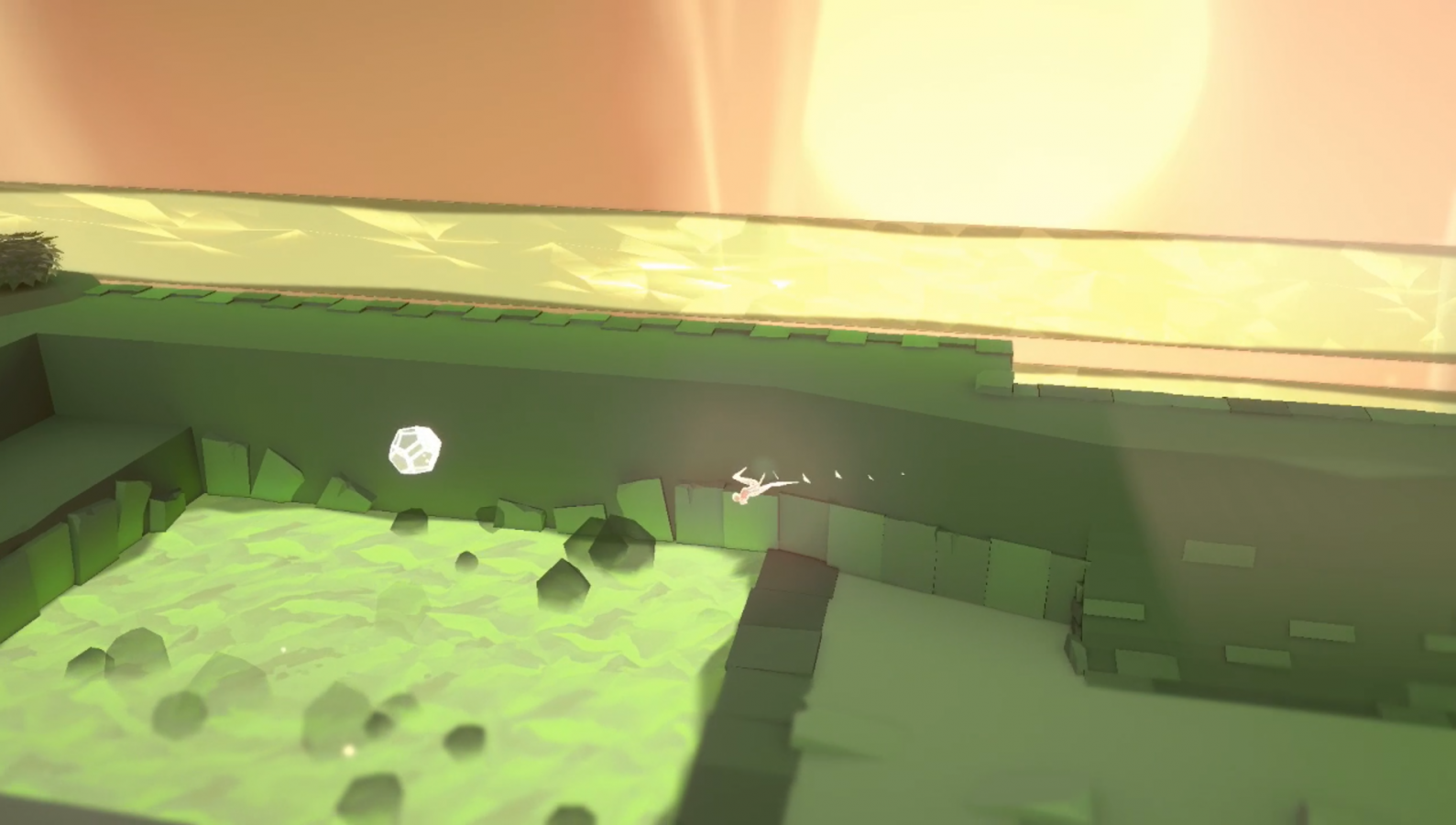 As mentioned earlier, the visuals in Etherborn are stunning. The levels consist of a majestic combination of bright colors, primarily blues, reds, pinks, and greens. The wide open spaces surrounding the landmasses give off a sense of how truly enormous the areas you are in actually are. Not only that, but the aforementioned colors emphasize the supernatural and celestial vibe that the world gives off. For these reasons, I tended to walk around and bask in the glorious levels. To top it all off, the background music is a calm, serene tune that emanates tranquility and puts you in a good mood. I never got frustrated while playing this game and how it was crafted was a big part of that. That being said, Etherborn is a great puzzle game with stunning visuals, a peaceful soundtrack, and hours of gravity-defying enjoyment. I’d easily recommend it to lovers of puzzle games, especially those with an interest in toying with the laws of physics.